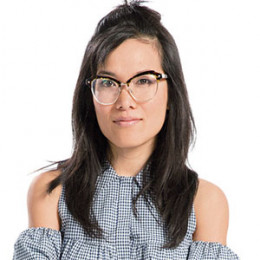 Ali Wong married Justin Hakuta, son of Ken Hakuta aka "Dr. Fad", an inventor and TV personality in 2014.The couple has a daughter named Mari born in November 2015.On 11th September 2016, Wong spoke and walked the runway during New York Fashion Week for Opening Ceremony's show. She also starred in Oliver Stone's Savages opposite Benicio Del Toro and Salma Hayek, and as Kate in the film 'Dealin' with Idiots'.

The couple has a daughter named Mari Hakuta was born in November 2015.