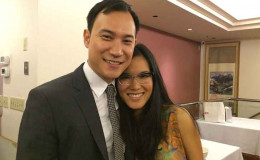 Outspoken comedians tend to be most appreciated who feel no hesitation to speak their mind through quality contents in their comedic presentation. Ali Wong has certainly managed to wow the audience with her twisted sense of humor.

Wong is a rising star in the stand-up comedy world. Her professional career is on a growing trend for the past few years, but how is her personal life? In today's section, we'll talk about the family life this gorgeous comedian shares with her spouse and two kids.

Ali Wong's Married Life With Husband Justin Hakuta; Are They Still Together?

Ali Wong is married to her entrepreneur husband Justin Hakuta. The couple tied the knot on 27th November 2014. Justin is the vice president of a multimillion tech company called GoodRx. 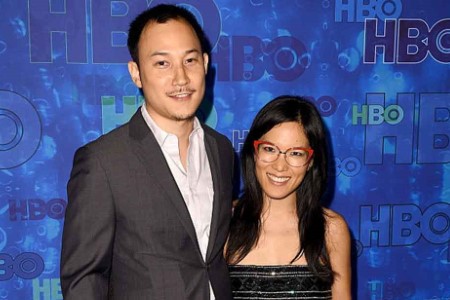 The couple shares two children. They welcomed their first daughter named Mari Hakuta who was born in November 2015. They named her after Justin's idol, Mari Kondo, the author of The Life-Changing Magic of Tidying Up: The Japanese Art of Decluttering and Organizing.

My niece and daughter wouldn’t let go so I brought them to work. #AlwaysBeMyMaybe

Prior to giving birth to her first child, Ali featured on Netflix with a baby bump in August 2016. In fact, she was seven and a half months pregnant when she filmed Baby Cobra, her first comedy special.

Also See: Meet the Top 12 most famous comedians of all time who have managed to make all of us laugh forgetting our pain

Two years later, the lovebirds' second baby girl was born in December 2017. Her name, however, is yet to be revealed.

Earlier, the couple first met at a wedding of some mutual friend in 2010. Ali recalled the first meeting. She said:

"I knew that he was a catch so I was like, “All right, Ali, you gotta make this dude believe that your body is a secret garden…When really it’s a public park…that has hosted many reggae fests and has even accidentally let…two homeless people inside. I thought they were hipsters."

The comedian invited her future husband to her show and soon after they developed love affection for each other. And as we know, the subsequent dates eventually led to them embracing each other as life partners!

Despite differing career path, the pair shares good chemistry and understanding, and there have never been any reports of conflict. Ali is vocal about prioritizing her personal life over her professional one. She explained:

"Marriage is a priority over the material. I can always make new jokes, but I can't marry another man. I don't want to."

Ali is pretty active on social media. She often posts pictures of her husband and kids. The family of four is living blissfully in Los Angeles, California.

Happy Anniversary to the smoothest  in the kingdom

The lovely couple celebrated their four years of marriage anniversary on 27th November 2018 sharing an amazing post via Instagram.

May the two cross miles and miles ahead.

Ali Wong rose to her biggest fame thanks to her Netflix special Baby Cobra which was released in 2016. She possesses the impressive ability to turn the supposed weaknesses of women into a strength through her comedy.

During Baby Cobra, Ali instantly impressed the audience performing on the stage as a pregnant woman making mischevious jokes about pregnancy, miscarriage, and motherhood. 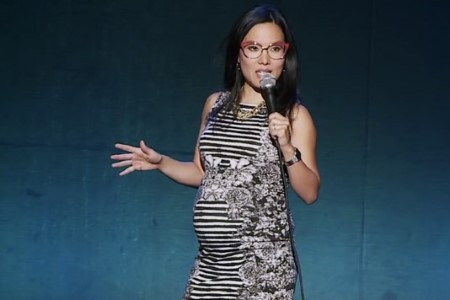 The comedian had earlier suffered a miscarriage in the past, eleven weeks into her first pregnancy. She joked:

"My mom, she’s from a Third World country, and when I told her I had one (miscarriage) she was, like, ‘Uh, yeah, where I’m from that’s like losing a pair of shoes."

Moreover, women are often the victims of condescending remarks about how their career goes downhill once they are pregnant - Wong spoke at great length proving it to be false through her comedy.

In her Nextflix special, Ali also spoke about the double standards of parenting. She believes fathers get away so quickly despite doing little while mothers don't receive enough appreciation despite doing so much.

Another Top Talent: Stand-Up Comedian Carly Aquilino is not dating anyone: Once dated actor Chris Distefano: See her past boyfriends, relationships, and affairs

This fearless lady on the mic is certainly unfazed by what people might think. She speaks her mind through her sublime comedy. Although some are not particularly fond of her contents, the majority of her fans certainly love this gorgeous comedian. 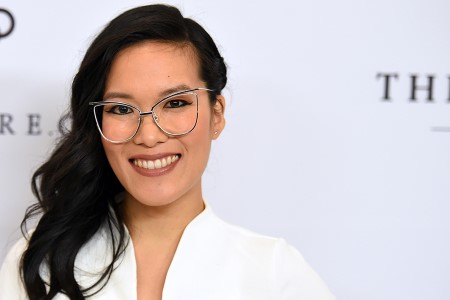