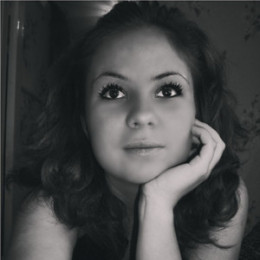 Alina Golovkin is a former model and the wife of a boxer, Gennady Golovkin. He has played for WBA, WBC, IBF. He is ranked as the number one middleweight by The Ring Magazine. She has kept her personal life secret. Her husband is the son of the Russian father, his father is a coal miner. His mother is Korean, and she is an assistant in a chemical laboratory. He has four brothers, his older brothers are Sergey and Vadim.

The very beautiful and elegant Alina Golovkin is mostly recognized as the wife of Kazakhstani boxer, Gennady Golovkin. She belongs to the white ethnicity and holds  Kazakhstani nationality.

Kazakhstani beauty hasn't revealed much about her career but her husband has a glorious career.

He is a professional boxer who currently holds the unified WBA (Super), WBC, IBF, and IBO middleweight titles.

Golovkin is known for his powerful and precise punching, balance and methodical movement. In his amateur career, he won a gold medal at  2003 World Championships.

Even he represent Kazakhstan at the 2004 Summer Olympics and win a silver medal at the middleweight championship.

In January 2017, he ranked the world's number one middleweight by BoxRec as well as second by The Ring magazine and Transnational Boxing Rankings Board (TBRB).

Alina is a married woman, she exchanged vows with a champion in middleweight boxing, Gennady Golovkin on 7th July 2007.

Often, she was spotted with her husband but it looks like she takes the great cautions regarding her personal life or family life in general.

The duo was blessed with a son named Vadim Golovlin who was born in 2010 and a daughter who was born on 9 September 2017. Alina along with her husband and son resides in Los Angeles.

Her married life is going smoothly there are no speculations of an extramarital affair of any of the partner.

Alina's husband is recognized as one of the highest paid boxers of 2016-2017 with the total net worth of $25 million.

Gennady Golovkin is the name of her husband.This couple has a son named Vadim.He is the student of the primary school.Golovkin can speak four languages.