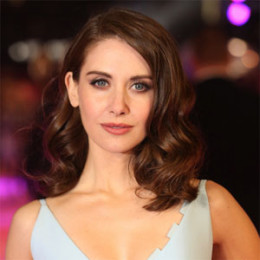 Alison Brie is an American actress known for her performance in the NBC/Yahoo sitcom Community as Annie Edison.

Alison Brie is married to actor Dave Franco in 2017. They tied the knot in a private ceremony attended by families and friends.

Well, the couple first met at the 2011 Mardi Gras parade in New Orleans. After dating for months, they engaged in August 2015.

Alison Brie has an estimated net worth of $10million. Her acting career is her major source of income. Brie co-starred with Gayle Randin on Glow.

Alison Brie was born on 29th December 1982. She was born in Hollywood, California to parents Joanne and Charles Terry Schermerhorn.

Brie is a graduate of California Institute of the Arts in 2005 receiving the Bachelors in Theatre. She also went to the Royal Scottish Academy of Music and Drama in Scotland. She started her career in acting from the Jewish Community Center in Southern California.