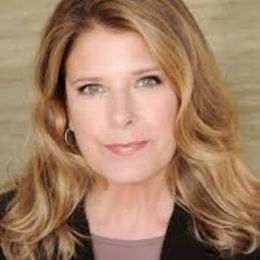 Alison La Placa is popular for being the wife of actor turned director, Philip Charles Mackenzie rather than for her profession. She is a versatile actress who played Linda Phillips on Fox's Duet and its sequel Open House. She starred in the 1985 film Fletch.

Alison La Placa is blissfully married to the love of her life, Phillip Charles Mackenzie. They walked down the aisle in 1991 after dating for several years. LaPlaca had even shared the screen with her husband Philip Charles Mackenzie in Open House. The Open House star couple has successfully crossed 28 years of their conjugal relationship. 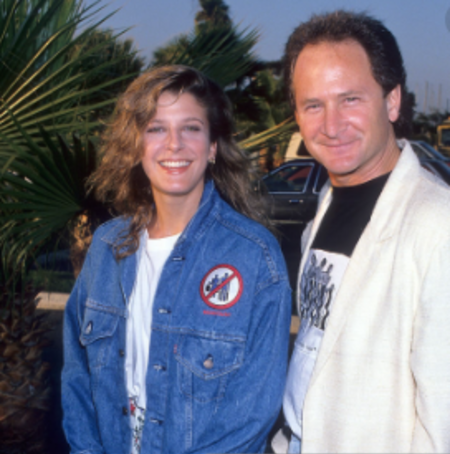 The couple who are proud parents to a handsome son previously worked together on the 1988's film Brothers on Showtime. In the movie, either of the parties played gay characters. In the 1989 Fox Flop Open House, the Phillip-Allison duo was struggling real estate agents. What's more?

Amidst the 30s, La Placa and her beau faced simultaneous battle as a couple. The actor was tensed about Alison's three-pack-a-day habit. Alison didn't stop smoking until a doctor told her that, she would develop emphysema before she reaches 40.

The New Jersey native started her career in the mid-1980s. She performed on stage in regional productions of the musicals "Dames at Sea" and "Company" as well as the Los Angeles Cast Theatre production of Strider. 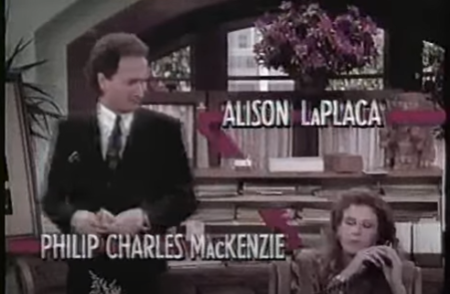 Alison is critically acclaimed for portraying a character of Linda Phillips on the situation comedy duet in 1987. Later on, she received an offer to feature in its spin-off, Open House in 1989.

The 60-year-old owns and resides in a Los Angeles California house with his life partner, Philip Charles. She is worth no less than a million dollars whereas her husband possesses a staggering net worth of $5 million made through his career as an actor and film director.

Alison Jo LaPlaca was born on December 16, 1959, in New Jersey, USA, and spent childhood in suburban Chicago, the U.S. The blonde beauty had a keen interest in acting and music from an early age.

Alison La Placa is happily married to longterm partner Phillip Charles Mackenzie for 28 years. They are proud parents to a handsome son.

Alison La Placa and husband Phillip Charles Mackenzie are blessed with a handsome son whose identity is still a mystery. The couple gave birth to a son in the mid-1990.