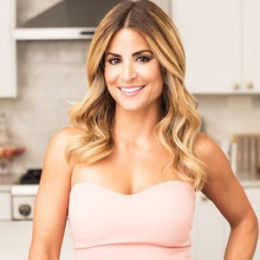 American TV host, as well as a successful interior designer Alison Victoria, is known as the first female host to anchor the ‘Kitchen Crashers.’ As a designer at Christopher Holmes, Victoria actively planned and created some magnificent interior décor for the rich families in Las Vegas. From her amazing career, Alison is earning an amazing net worth and salary.

Alison Victoria was born Alison Victoria Gramenos on 31st October 1981 in the Windy City of Chicago, Illinois. She belongs to White-American ethnicity and holds American nationality.

Alison Victoria began her professional career at Christopher Homes as a designer in Las Vegas. Her obligations included making staggering designs for interior for rich families in LA.

In 2001, Victoria launched her own consulting firm named Alison Victoria Interiors. She also created her own line of modern luxury furniture.

Moreover, Victoria worked as a creative director at Silverton Casino Hotel in Las Vegas. In 2011, she was honored with the Rising Stars of the Business award by the Las Vegas Business Press.

In 2011, Victoria became a host of series Kitchen Crashers. She also appeared in the shows including Kitchen, Bath, DIY Insider and Ultimate Crash: House, and Yard.

Besides, Victoria is active in non-profit organizations such as PAWS Chicago, Nevada SPCA. She is also a board member of Chicago Children’s Charities.

Victoria is currently busy in the newest Chicago drama. She along with her team members renovate and flip North Side homes amid budget concerns, weather challenges, and neighbor complaints.

"Ultimately, all that my goal is and all my goal has ever been is to be able to really do what I want and do what I love and make a difference in the city because these homes that are going up by other developers — I’m not saying all of them — but some developers are putting up homes just to make money."

"There’s no architectural appeal to it, and so I can see why neighbors would be scared of developers, of course, but what we're doing is delivering a different product, and what we’re doing is being true to the neighborhood and bringing the history back. So until they actually grasp that, all they think is that we’re in there, we’re trying to turn it, make a buck and get out. "

Alison Victoria is married. She was married to former husband Luke Harding, the owner of an insurance agency. They first met in 2011 through an online dating site, Match.com, and instantly started dating.

After dating more than two years, the pair tied the knot in 2013. 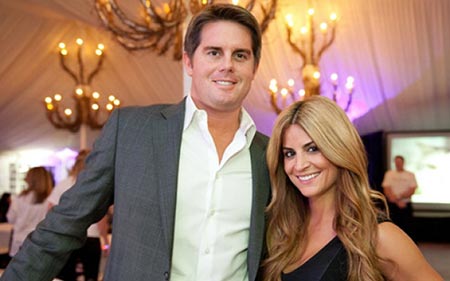 Currently, the couple lived a happy married life for years before they eventually split. She even posted several photos with her husband on her Instagram account before she deleted them after their separation.

My dream of becoming a Nouna (Godmother) came true yesterday and my heart is full. Little Charlie, I promise to live up to my duties and guide you in your faith, support you in all that you do and make sure you are the strongest little lady out there. Thank you to my brother and sister in law for trusting me to take on such an important role in your little nuggets life. I won’t let you down.

Furthermore, she became the Godmother of Little Charlie in September 2018. She seemed so happy in a couple of her Instagram posts.

Though some sources reported that she has a daughter, she posted an Instagram image back in August 2017 with a baby girl where she clearly stated the fact about her family life.

While her fans started questioning her whether she's her daughter, she commented that the baby girl is her niece.

"She's my niece. I don't have any children. People write weird shit all the time."

Though she posts images with lovely children, she has no child of her own.

Earlier in April 2019, she posted an image of a baby girl where she mentioned that the little baby turned 4 on the very day. Though fans asked her a lot of questions if she was her daughter but she's actually celebrating four years birthday of her niece.

Alison Victoria has a net worth in millions. She earned a good sum of money from her career as an interior designer working for Christopher Holmes. Some online sources reported her net worth to be $4 million, but the amount is not an official figure.

According to the sources, she earns the amount of $520k per year from her work. She is also the owner of two luxurious houses which is located in Chicago and Los Angeles.

Alison Victoria married Luke Harding is the owner of an insurance agency. The couple tied a knot in 2013.