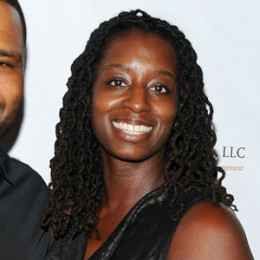 Alvina Anderson is famous for being the ex-wife of the famous actor Anthony Anderson. Her former husband rose to fame as Detective Kevin Bernard on the TV series Law & Order. Alvina and Anderson were college sweet hearts.

Alvina was born on December 18, 1970, in the United States. Her zodiac sign is Sagittarius.

Alvina Anderson was married to a famous actor Anthony Anderson. Her husband Anthony was her college sweetheart. They have two children together named Kyra and Nathan. Nathan stars as Tahj on the Netflix sitcom Richie Rich.

When Anderson was diagnosed with diabetes, he was struggling but his wife Alvina was the one who inspired him to do better. She became an avid gym rat and inspired him.

Alvina and her husband, Anthony tried to give their children normal lives despite Anthony's fame. The couple always tried to keep their kids away from the spotlight, so that Anthony's professional career wouldn't affect their kids.

In December 2016, with an interview with Elle magazine, Anderson referred to Alvina as his ex-wife and said the best sex he ever had was with his wife only.

After the twenty years of their marriage, she filed for divorce with her husband in 2015.

Alvina is living a luxurious life. Her net worth has not been revealed yet but she must certainly have got the spousal support from her former husband whose net worth is reported to be around $18 millions.

Alvina Anderson was married to a famous actor Anthony Anderson, her college sweetheart. They have a son and a daughter together.

Alvina and Anthony became parents for the second time with the birth of Nathan. Nathan followed his father's footstep and became an actor.

Kyra is the only daughter of Alvina and Anthony. She is their first child.