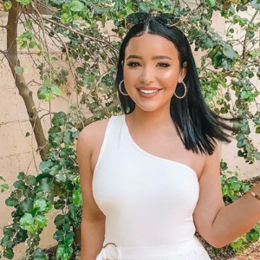 Do you watch makeup tutorials regularly? If yes, then you probably have an idea about an American social media star and model, Amanda Ensing, who creates and uploads videos related to beauty tutorials and reviews on her YouTube channel titled TheBeautyBox1211 and Instagram account.

Love Life With Her Boyfriend

Amanda Ensing is open and never hesitates to talk about her personal life and love life in the public. Well, the beautiful social media personality is in a relationship with her boyfriend named Rafael. Except for the identity, Ensing is yet to disclose further details such as the profession of her lover. However, seeing the pictures of him on Ensing's social accounts, he seems to be a fitness freak. 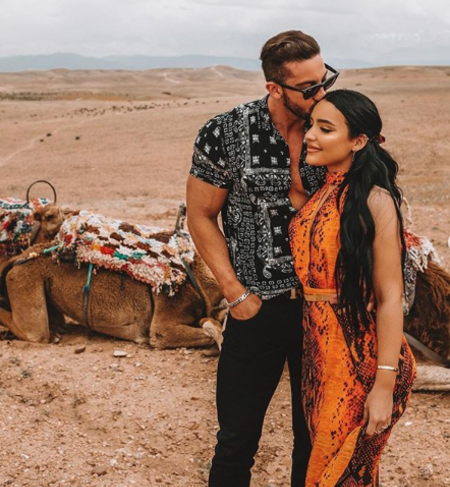 The YouTuber met her boyfriend at a Halloween party in October 2016, and since then, their romance began. Soon, Ensing made her relationship public through her social accounts by sharing pictures with Rafael.

Ensing often talks about her boyfriend on tweets and status. On her 1st May 2017's tweet, she said that her boyfriend wanted to learn to do makeup so that he could help her use it as she has too much. 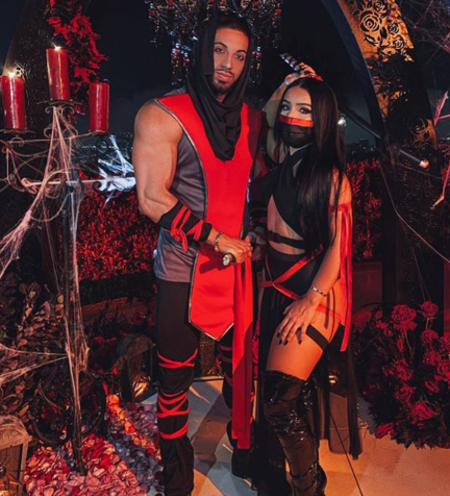 The lovebirds are still together, and Rafael often appears on the pictures of his girlfriend's social media accounts. On 28th October 2019, Ensing shared a beautiful photo with Rafael on Instagram, and on the caption, she said that they met three years back.

Furthermore, she does not miss to wish her lover on special occasions. She wished Christmas by sharing adorable pictures of herself with her partner and their pet dogs. Amanda likewise, shared a video on the new year. 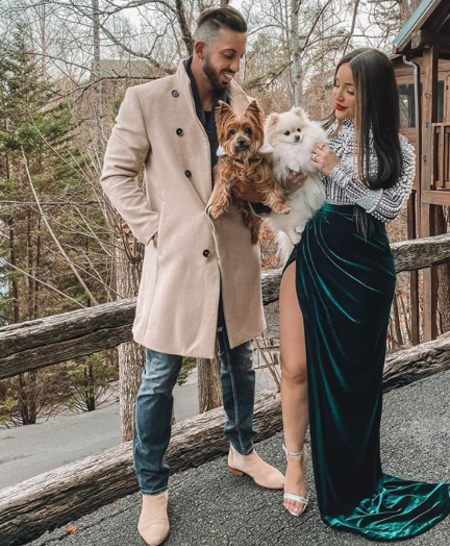 Ensing and Rafale are together for over three years without being part of unwanted rumors and controversies. Still, they share an unbreakable bond, which can be seen through the pictures shared by Ensing on her Instagram as Rafale appears then and now.

As the pair are still dating, they haven't mentioned the plans of getting engaged or married. Well, they may be planning to give a great surprise to their fans soon.

She Accused Kylie Jenner Of Copying Her

On 14th July 2019, an American media personality, Kylie Jenner posed nude wearing a giant $480 sun hat in the middle of the courtyard of her villa estate. She uploaded the picture on her Instagram account.

Her fans-followers showered several comments. Similarly, an Instagram influencer Amanda Ensing also commented on the photo and accused Kylie of copying her. With a thinking face emoji and sweatdrop emoji she wrote;

Responding to the comment, with an innocent shrug emoji, Jenner wrote;

"From the words of Kim K ur not on my mood board but I did get my inspo off of Pinterest."

Well, it did not create any serious issue among these social media influencers, and the matter was closed. Further, they later deleted the comments.

Earns Well From Her Profession: Net worth

Amanda Ensing is famous for her makeup tutorials and beauty reviews. She created her YouTube channel titled TheBeautyBox1211 in February 2012 and began uploading videos regularly. She soon gained fame among people. 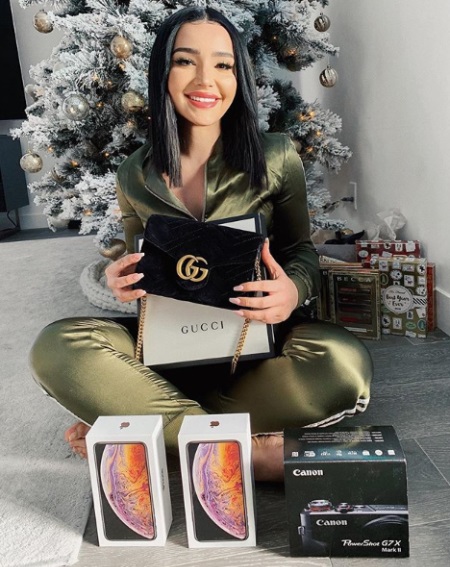 Ensing also mirrored makeup tutorials of famed celebrities like Cara Delevingne, Kim Kardashian, Kylie Jenner, Rihanna, etc. On average, a YouTuber gets paid $0.10 to $0.30 per view, and a YouTube channel receives about $18 per 1,000 ad views.

Being one of the renowned and successful YouTuber and Instagram star, Ensing makes a good income. She has an overall net worth of around $2 million.