Home Article A big congratulation to the newly wed Amanda Seyfried and her husband Thomas Sadoski. Couple recently welcomed their first child; a baby girl to the world

A big congratulation to the newly wed Amanda Seyfried and her husband Thomas Sadoski. Couple recently welcomed their first child; a baby girl to the world 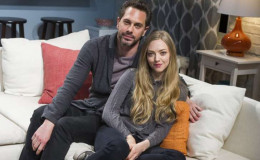 Amanda Seyfried and her husband Thomas Sadoski are new celebrity parents of Hollywood as recently they welcomed their first child; a daughter together. The new father and mother were very excited to share the news.

The year 2017 looks like the year for Hollywood to welcome the new kids as one by one every celebrity is becoming the parents for the first time.

Recently, we heard the news about Steven Yeun and wife Joana Pak and now it's time for newlywed couple Amanda Seyfried and Thomas Sadoski to enjoy their parent hood.

The Mean girl star and her husband welcomed their first child together and she is an adorable baby girl.

Amanda and Thomas is the new celebrity parents

Having kids is like adding bunches of joy in life and recently Amanda and her husband also enjoying that feeling. 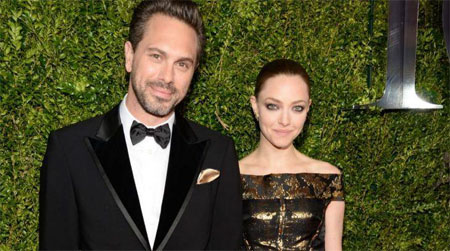 Amanda and Thomas at an award function, Source: Border Mail

March 25, 2017 was the happiest day for the duo as they were blessed with their first child; a baby girl and this news was confirmed by the actress herself.

Seyfried announced her pregnancy in last November after she stepped out for Givenchy's new fragrance and debuted her baby bump in a sheer black mini dress.

Baby bump alert! ?? #AmandaSeyfried is pregnant! The actress is expecting her first child with fiancé Thomas Sadoski. Click the link in our bio for all of the details. |??: Sylvain Gaboury/Givenchy

I'm very proud of the baby I made with Shirley- it's called #TheLastWord and it's in theaters today!

In early February, when Thomas appeared on the Harry Connick Jr.'s talk show he gushed about becoming a dad.

"I'm blown away by her every day. She does look about ready to pop. It's a pretty amazing thing. I just get to sort of hang back and watch it all happen,"

"That's the great joy for me, trying to learn as much as I can try to stay out of the way and not screw anything up too much."

I'm very proud of the baby I made with Shirley- it's called #TheLastWord and it's in theaters today!

We want to congratulate newly wed couple for the addition of new member in their life and eagerly waiting for the first look of the baby.

The duo first encounter in 2015 on the set of The Way We Get where their love story began.

In last September, the couple got secretly engaged and the news was confirmed when Seyfried was spotted wearing a silver band on her left ring finger on New york city.

Just two weeks earlier the duo exchange a vow in a private affair in the presence of their close friends and family members. 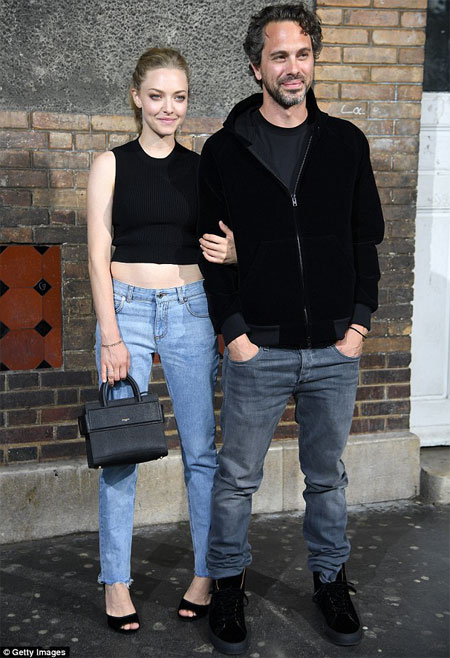 Speaking with the James Corden on The Late Late Show earlier this month about their wedding Thomas said:

'We eloped. We just took off into the country with an officiant and just the two of us, and we did our thing.'

Voted and it feels so right #imwithher

Amanda was not the first wife of Thomas as previously he was married to Kimberly Hope. However, they could not handle their relationship so as a result, they ended their eight-year long marriage into a divorce.

Nevertheless, Amanda was also previously linked to Justin Long before breaking it off in September 2015.

Well, in present they both are happy with their married life as well as they are blessed with a child which brings additional happiness in their lives.

We want to wish them all the best for their upcoming projects and hope their bond would last forever.