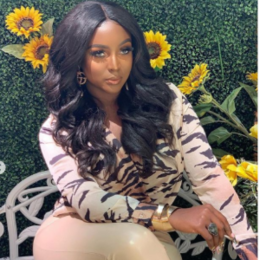 Amara La Negra, also is known as Diana Danelys De Los Santos, is an American singer, dancer, author, and TV personality. She is famous for her appearance on the VH1 reality series Love & Hip Hop: Miami. Other than that, she is named the show's "breakout star" by a billboard for landing a multi-album record deal with BMG.

Amara La Negra, an Afro-Latina of Dominican descent, is currently single when it comes to her current relationship status. At the moment, the icon seems to focus on shaping her musical career, which has left her no time for a boyfriend. 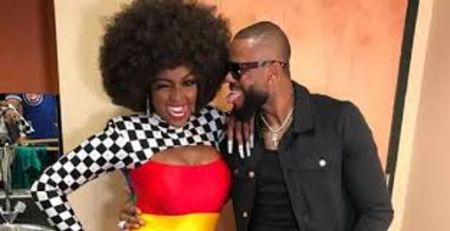 Back in early 2019, the 5 feet 8 inches tall had been sparking dating rumors with a guy named Emjay Johnson in April 2019. She announced being in a relationship with Emjay on an Instagram post.

On March 31, 2020, Emjay, as well as Amara, reveals they still live together, making his brother Shay Johnson heated because he needs to stop moping over Amara and Move on. At the same time, Amara got confronted by Annie, the ex-girlfriend of Emjay, who told Amara Emjay would use her for money than live with her.

Prior to her affair with Emjay, the black beauty was accused of cheating with her friend Brittney Taylor's boyfriend, Dex. Later, she denied the accusation during an interview with Hollywoodlife.

What Is Amara La Negra Net Worth?

Amara La Negra possesses a staggering net worth of $2 million as of 2020. And, Needless to say, she's earned most of her assets and wealth from her successful career as a singer. 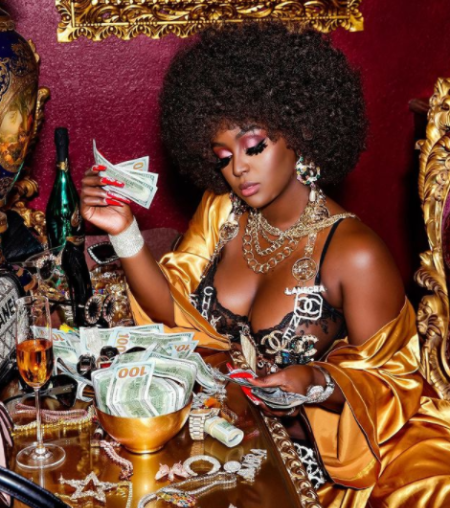 Amara gets a payroll of at least $400,000 to $500,000 per season and $8,000 per episode from Love & Hip Hop Miami. Love & Hip Hop: Miami is a lucrative franchise reality show aired on VH1, which had a case of the ex files at the same time. The show has stars such as Shay Johnson, Trick Daddy, Gunplay, Trina, and Joseline Hernandez.

The Miami, Florida-born artist lived an extravagant lifestyle in the United States. She owns a deluxe two-story (six-bedroom, four-bathroom) mansion on May 19, 2019. Amara showed off she's bought a lavish white car on March 1, 2020, via Instagram.

La Negra won a multiple-album deal with BMG in 2019, where she was labeled Breakout star of the show Love & Hip Hop Miami. In addition to her achievements, the AYY singer performed in major events, including the 2019 Hispanic Heritage Awards, Premio lo Nuestro 2019, Premios Juventud, and co-hosted during the 2019 BET live.

Amara La Negra was born as Diana Danelys de Los Santos in Miami, Florida. The starlet didn't have joyful childhood as she was raised by single mother Ana Maria Oleaga after her parent's divorce. Amara's mom immigrated from the Dominic Republic to the USA in search of a job. She did at least five jobs to financially support and provide a good life to her daughter.

Speaking of education, Negra took a mortuary science course but later changed to business administration before she dropped out of high school to pursue a career in music. Negra has had a keen interest in music and acts since childhood. She even appeared in the Spanish entertainment show Sabado Gigante at the age of four.