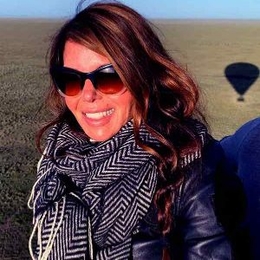 Amie Yancey is a reputed real estate broker, interior designer, author, and a Las Vegas-based popular Television personality first time well recognized from the modern American reality and A&E show Flipping Vegas. Yancey is originally a Canadian personality who had well established her career as a proficient interior designer living in America for more than decades. She is the author of the book Flipping Your Way to Real Estate Profits.

Who is Amie Yancey's Husband?

Amie Yancey is a famous independent real estate star in the US, acknowledged for her quality work with hard dedication. Amie is a married woman happily married to her California-based husband, Scott Yancey, a popular personality real estate investor, teacher, author, and founder of  Goliath Company.

Though business personalities, the couple goes for outgoing, are adventure lovers, animal lovers, and travelers. The couple was engaged in the marriage bond since January 26, 2000, with intimate wedding circumstances on Saint John Virgin Island with close friends and family. 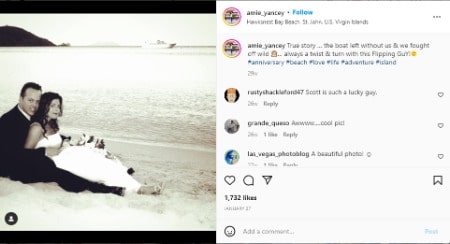 The partner's love story is quite interesting as Amie and Scott's initial meet-up happened at college, where the duo studied at the same university in 1988. During the late 80s till marriage, they had 12 years long relationship in which the couple turned their relationship into marriage, exchanging vows to spend the rest of their lives eternally with each other. 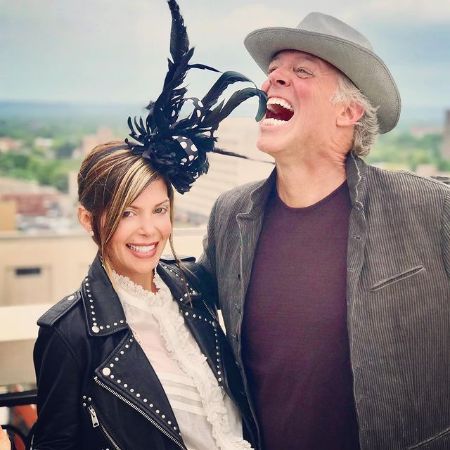 After marriage, both power couples decided to start their career as real estate brokers moving from Arkty Utan to Las Vegas in 2004; thereby, their actual successful career graphic gradually initiated. They are living successful and happy married life with no rumors of conflicts and disputes in the media.

How Wealthy is Amie Yancey?

Everyone in the audience who has watched the American  A&E reality shows Flipping Vegas is familiar with the lady Amie Yancey and her husband, Scott Yancey. They appeared in the show as real estate brokers and where Yancey worked as an interior designer by profession, remodeling houses and turning the simple apartment into magical outcomes through her husband-owned real estate  Goliath Company. Through the reality show, the couple started getting recognition for their works from the audience, gradually gaining immense popularity. The show aired officially on the A&R Network channel from June 18, 2011, to September 27, 2014. It was one of the best life-changing decisions that the talented celebrity Amie took that placed her at the top of her career in the USA. 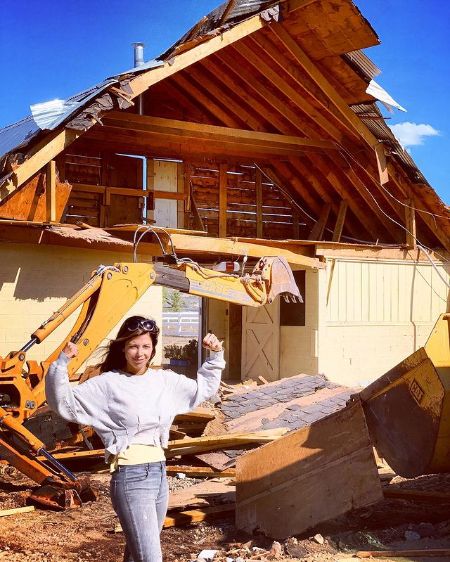 The multitalented lady Yancey sold more than 700 houses in Canada before rising her fame in Les Vegas, Nevada, from which we can accumulate that even before she came into the limelight of media attention, Yancey earned a considerable amount as per her talent. After signing in as the reality show co-partner with her husband Scott, they started to buy cheap houses in Les Vegas through their real estate agency. They remodeled and installed modern interior designs and apartment outlets with innovative ideas created from Amie's mind and resold them to clients at a reasonable price with profit satisfying both parties. 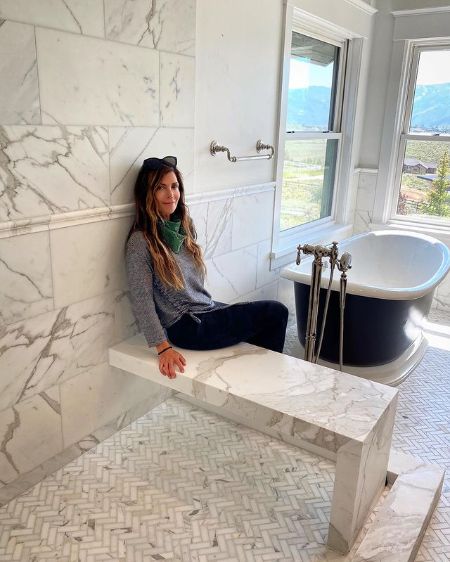 Amie Yancey on her new projects of renovation. SOURCE: amie_yancey

The duo in business has sold almost 1000 well-designed and customized 1000 houses in Las Vegas, Nevada, adding a huge contribution to their net worth. Moreover, in 2019 the couple sold one of their Malibu properties for an astounding $6.25 million. The house, purchased by Academy Award-winning actress Resse Witherspoon, was an exceptional design of the 1949 farmhouse located in Malibu, California, which was one of the most important projects for the duo.

Besides real estate brokering and interior designing, Amie is also an author, and the renowned personality published her book Flipping Your Way To Real Estate Profits on November 30, 2014. Outlooking the portfolio of her professional career and achievements, her net worth is a whopping $20 million; the business celebrity reportedly utilizes her income for charitable organizations and NGOs. In contrast, renowned American interior designer Alan Tanksley has a net worth of $10 million.

Does Amie Yancey Have Children?

Amie Yancey is not a prominent interior designer and real estate investor but a good mother as well. The famous personality is the mother of a beautiful daughter named Sarah Yancey from a previous relationship.

Sarah is not a biological daughter of Scott Yancey though they share a fantastic father-daughter bond despite differences. In the same way, she is married to  Mitch, who welcomed their first baby girl on October 16, 2018, making Amie a grandmother. 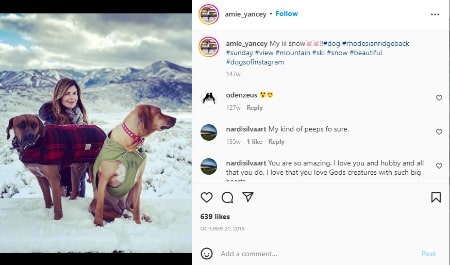 Amie Yancey with her pet dogs shared on her Instagram. SOURCE: amie_yancey

Scott and Amie had never planned their family till two decades after their marriage, but in place of children, the love couples had adopted animals in their home, making life more exhausting. Amiehorses Hein had owned three dogs named Tallulah, Flib, and Zima, two horses, two mini pigs, and a mini donkey in their apartment. 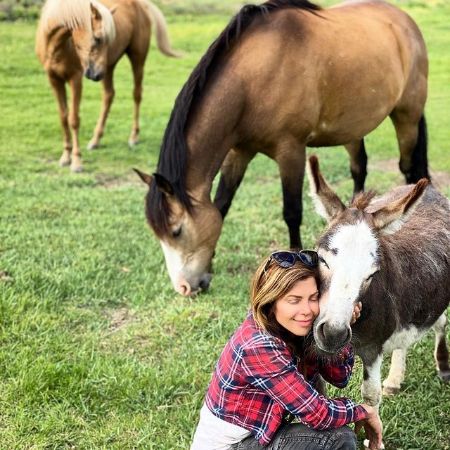 Amie loves her pet and makes them travel with her on adventurous trips, one of her way to reduce stress and live the happiest moment of her life. The lady is an animal lover and charitable person who believes in helping people and animals as far as she can with her efforts and kindness.

Check out Marriedwiki for more information about the popular faces around the world!