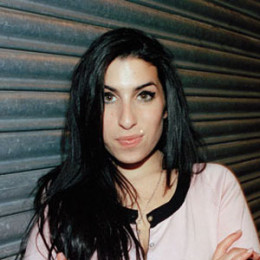 Amy Winehouse was an English singer and songwriter who was a five-time Grammy holder. She has given many hits which include her singles "Rehab", "You Know I'm No Good", Stronger Than Me, Take the Box, Rehab, Back to Black, Our Day Will Come and so on. In her singing career, she has released 2 studio albums, 3 compilation videos, 14 music videos, 14 singles, 4 EPs and 1 Live Albums. She was nominated for the Mercury Music Award in 2004 for her jazz-tinged album "Frank". Winehouse is in the list of the 27 Club which is a list of popular musicians, artists, and actors who died at the age of Twenty Seven.

Amy Winehouse was born Amy Jade Winehouse on September 14, 1983, in Southgate, London, England. She was the daughter of Mitchell Winehouse, a taxi driver and Janis Winehouse, a pharmacist. She belonged to a Jewish family and her ancestors were Russian Jewish and Polish Jewish. Winehouse grew up with her brother Alex Winehouse who was four years older than her. As for her schooling, she enrolled at Osidge Primary School and later on attended a Jewish Sunday School.

Amy was interested in singing from a very young age. Her interest in music came from an early age since some of her uncles were professional jazz musicians and her grandmother Cynthia was a popular singer. When she was 9 her parents separated and she started living with her mother but, she used to visit her father who was living with his girlfriend in Essex. 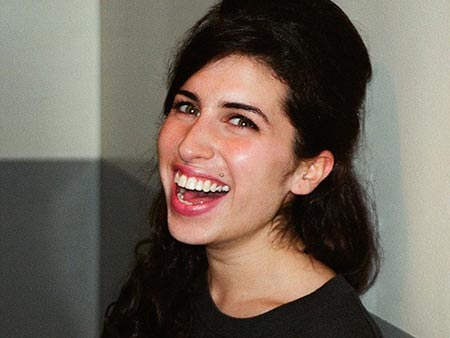 She enrolled at Susi Earnshaw Theatre School as suggested by her grandmother and there she got her vocal education and learned to tap dance for four years. Winehouse founded a rap group called "Sweet'n' Sour" with her childhood friend but it didn't last for long.

To continue her further studies and to seek training she attended Sylvia Young Theatre School. But she was expelled from the school for piercing her nose. She then attended the BRIT school in Croydon, Ashmole School, Mount School, Mill Hill.

Amy Winehouse started her career at the age of 16 by performing on occasional clubs at very low cost. Her music debut happened with an album named Frank which managed to rank third on the UK Charts. It was well appreciated and gave the singer many award nominations. It got nominated for Brit Awards in the category of British Female Solo Artist and British Urban Act.

On October 2006 she released her album Back on Black which became an international hit and was certified platinum 11 times by the British Phonographic Industry. It eventually became the best selling album of 2007

Her song Rehab from the album ranked ninth on the Billboard Hot 100 in the US and another single You Know I'm No Good placed no. 18 in the UK. 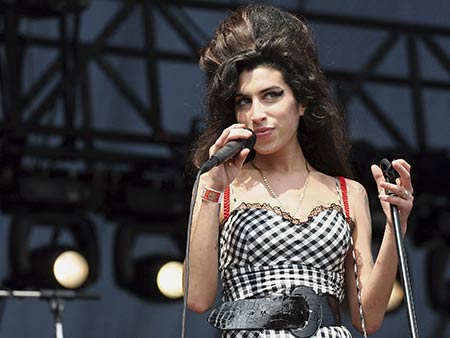 Winehouse performed in the party of Roman Abramovich where she earned $2 million per hour. She also performed in the 90th birthday of Nelson Mandela in London's Hide park getting a huge applause and cheers from the audience. In her singing career, she released 2 studio albums, 3 compilation videos, 14 music videos, 14 singles, 4 EPs and 1 Live Albums.

She has collaborated with famous artist like Mark Ronson on the album named Version which was certified Platinum and Gold. Some of her lead singles include Stronger Than Me, Take the Box, Rehab, Back to Black, Our Day Will Come and so on.

The singer had given a number of hit albums in her career and was very successful. Her estimated net worth is $10 million which she had earned from her singing career. Winehouse had an estate worth $6.7 million. She owned a house in Camden which was sold for nearly $2 million after her death. In 2007, she sold 1 million copies and grabbed $1.5 million.

Her Albums made huge sales and was certified with Platinum and Gold several times.

Song: Back to Black

Song: Back to Black

Song: Love is a Losing Game

Song: You Know I'm No Good

The late actress Amy Winehouse married her boyfriend a former video production assistant Blake Fielder-Civil on May 18, 2007, in Miami Beach, Florida. The couple was drug addicts and he was the one who introduced her to the world of crack cocaine and heroin. Her husband Blake was one of five men arrested on a charge of trying to pervert the course of justice. 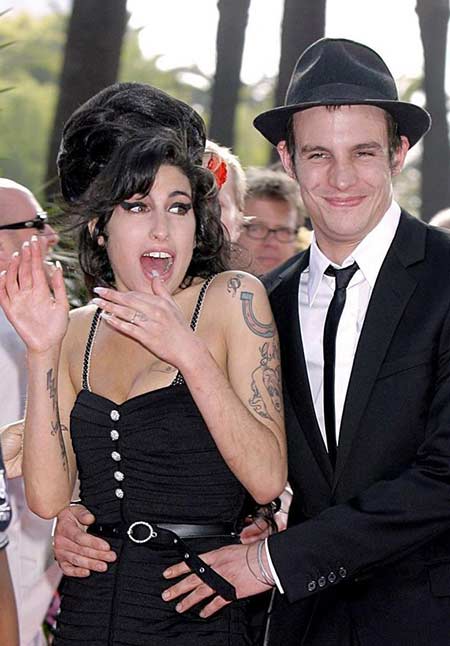 She stood a height of 5'2 feet. Winehouse was openly bisexual. The singer first told her friends about her sexuality and admitted she was involved in relationships with many guys and girls. She even confirmed about her girl crush who was an "X factor" judge named Cheryl Cole.

The Grammy winner Amy Winehouse died at a young age of 27 on July 23, 2011. She was found dead in her Camden home the reason being her excessive alcohol intoxication. Winehouse was discovered dead in her bedroom with a laptop on her bed and empty bottles of vodka on the floor. Her GP Dr. Christina Romete said she was battling her drinking and drug addiction and she had clearly said that she didn't want to die. The investigations revealed the singer had 416mg of alcohol per decilitre her blood which was enough to make her comatose and depress her respiratory system.

Besides she was also dealing with an eating disorder. Andrew Morris who was Winehouse's live-in bodyguard reported he heard Winehouse laughing, listening to the music and watching TV in her bedroom.

Then both Winehouse and Morris watched YouTube videos of her earlier performances and talked till 2 am on Saturday. In 10 am Morris checked on her room and found her sleeping silently and at 2:30 pm he checked on her again finding her sleeping in the same position which got him worried.

Then he rushed over to check her pulse. He couldn't find one and therefore called Paramedics who confirmed she was dead. Morris said he was upset and shaken since she was like a sister to him.

Amy Winehouse became the part of the 27 Club which is a list of popular musicians, artists, and actors who died at the age of Twenty Seven like Kurt Cobain, Kim Jong-hyun, Fredo Santana, Joe Henderson.

In April 2008, Amy Winehouse was named as the second greatest "Ultimate Heroine" by the British population and just after a month, she was named as the second most hated person in the UK. The artist won the Brit Awards for Best Female Solo Artist in 2007. In 10th February 2008, the singer became the first British female to win five Grammy Awards in the same night.

However, she couldn't perform live at the Grammy's because of her traveling visa issues. But she performed in the Grammy's via satellite, broadcasted from London. Amy's song "Love Is A Losing Game" won the 2008 Ivor Novello Award for best song.