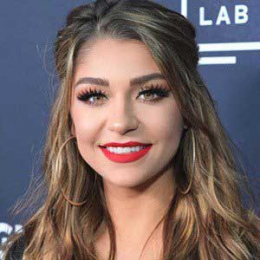 Internet personality, Andrea Russett came to prominence as a YouTuber at the age of 13 and since then she received much love from fans all over the world. More to that, she has millions of followers on Instagram.

Andrea Russett has a million admirers on social media who loves her and wanted to be her but is there, someone, to whom Andrea want to spend rest of her lives?

The young Youtuber, Russett is possibly single at the moment and out of any dating rumors. After several heartbreaks, Russett seems to enjoy her single life without any trouble and dramas. Hope, she will find her Mr.perfect soon.

Past Affairs and Boyfriends

Russett first dated fellow YouTuber, Kian Lawley in early 2013. The duo was together for almost a year before their official split in 2014. Moreover, their breakup news broke several fans heart as they can't deal with their favorite couple separation. 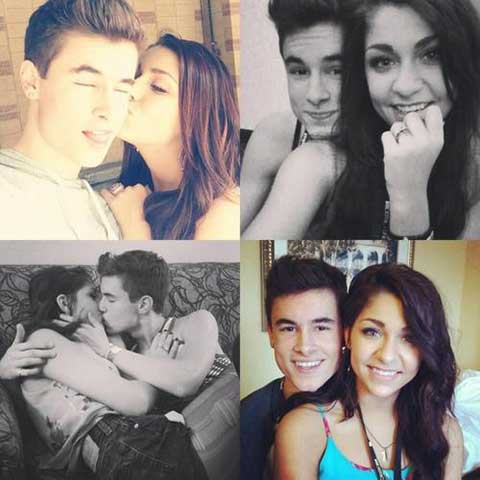 The former couple, Andrea Russett and Kian Lawley.
SOURCE: We Heart it

Then, Andrea was in a romantic relationship with Kenny Holland in 2015. Her then-boyfriend was a pop singer best known for starring in the musical Saturday's Warrior. The couple, however, failed to handle their love life and spilled soon apart.

In September 2018, Andrea came out as bisexual through a series on Twitter but after four months, she posted a Youtube video and clarifies her prior tweet. More to that, she also addresses her sexuality and the fall-out with her best friend, Sandra.

Check out the video below;

You May Like; Is Spanish Actress Christina Ochoa Lopez Dating Someone? See her Career and Networth

Additionally, Russett garnered more than 4.4 million+ followers on Instagram, and she made $8,808-$14,680 per promotional post. She also made a decent sum of amount from stage shows and public appearances.

Do visit Marriedwiki for more Biographies and Gossips of your favorite celebrities!!!!