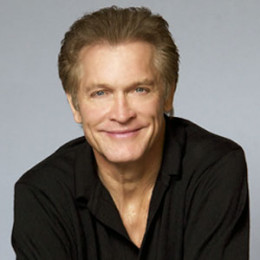 Herman Andrew Stevens is known as Andrew Stevens an American actor, writer, and director, born on June 10, 1955, in Memphis, Tennessee, USA. He is the only child of, father Nobel Herman Stephens and mother, Stella Stevens.

Andrew graduated from Antioch University and received a bachelor degree in psychology.

Being the son of actress Stress Stevens, his first appearance was in the movie “The Courtship of Eddie’s Father” at an early age. He became famous in the entertainment industry in a very short period.

After the film, Andrew began appearing in several movies and rose to fame. He appeared in several movies through which he earned many fans. Some of his notable movies are The Fury, The Boys in Company C, The Terro Within, Black Down, and so on.

In the early 1990s, Stevens left acting to became an independent entrepreneur, writing, producing, directing and financing films for his own companies.

Later, he became President/CEO of Franchise Picture, which produced films for Warner Bros, from 1999 to 2005.

Andrew has been married twice until now. He first married Robyn Stevens in 1995, who is also an actress. But their relationship ended after five years. Stevens has a son with Robyn named Sam Stevens.

Andrew then got in relation with the beautiful actress Kate Jackson in 1977, after a year of dating they married on 23rd August 1978, but they divorced on 4th January 1980.

After his first and second divorce, he was involved with several actresses. He was in relation with Heather Locklear from  June 1980, but later they separated in August 1981. Then, in the same year, he was linked with Kelly Harmon but separated in 1982.

In 1989, Stevens dated Heather Thomas, who is an American actress but after a one-year relationship, they parted ways in 1990.

In 2016, Andrew Stevens married Diana Phillips Hoogland but on April 9, 2018, his Facebook status changed to single. After that, people started speculating about their divorce.

Being an actor, director and owner/CEO of a big company, Andrews may have a good salary. As of 2017, his net worth is estimated to be around $5 million.

Andrew Stevens was married to Robyn Stevens in 1995. They have a son together named Sam Stevens. After five years of being married, they ended their relation but officially divorced in 2010.

Andrew Stevens after his first divorce with Robyn Stevens, he later married Kate Jackson, who is also an American actress in 1978, but their relation did not last more than a year and divorced in 1980.

Sam Stevens is the son of Andrew Steven and Robyn Stevens.