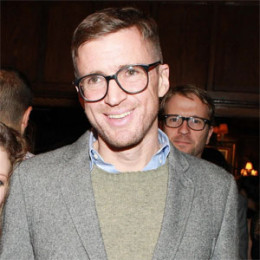 Andrew Zipren is a Los Angeles consultant who came to the spotlight due to an affair with Natasha Lyonne. His ex -girlfriend Natasha is a popular comedic actress.

Andrew Zipren was born in 1973. He went to Scotch Plains Fanwood High School in Scotch Plains, NJ. He graduated with a BA degree from Vassar College.

He is self-employed at the intersection of editorial, advertising, and digital media. Throughout his career, he has been Executive Producer, Creative Director, Strategist, and Editor.

Andrew briefly dated Natasha Lyonne, a comedic actress best known for her role as Jessica in the American Pie series. That is how people started showing interest in his life. They were girlfriend-boyfriend for a very short time. While they were together they attended the opening night of Russian Transport and other events.

It was his only affair that came to the highlights probably because of the reason, Natasha being a famous actress. He is possibly single right now.

Having worked for CBS and other reputed companies, he must have drawn a pretty good salary. However, his actual earning has not been shared and neither his net worth.