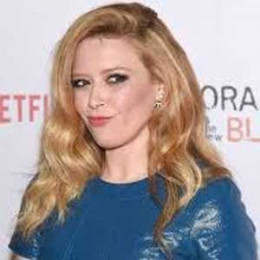 Natasha Lyonne an American actress received her first Primetime Emmy nomination for Outstanding Guest Actress in comedy series in 2014 for her role in Orange is the New Black. Besides that, Lyonne has appeared in movies like American Pie series, Slums of Beverly, Blade:Trinity and so on.

Natasha Lyonne was born on April 1979 in New York City. She is the daughter of Ivette Buchinger and Aaron Braunstein. Lyonne was raised as an Orthodox Jew. Later she moved to Israel and lived there for a year and a half.

At the age of six Lyonne was cast as Opal on Pee-wee’s Playhouse, followed by film appearances in A man called Sarge, Heartburn, and Dennis the Menace.

When she was young, Natasha was signed by the Ford Modeling Agency. At 16 she was cast in Everyone says I love You’’ by Woody Allen. She has also made the television appearance on shows such as NBC’S Will and Grace. Natasha also worked in the New York theater as a film artist and television presenter.

Lyonne made her New York stage debut in the award-winning New Group production of Mike Leigh. For her performance in Kim Rosenstock’s comedy, she received positive reviews.

Lyonne has made guest appearances on the series Weeds, Will and Grace, New Girl, and Law & Order: Special Victims Unit.

Natasha Lyonne has been in a relationship with Saturday Night Live alum Fred Armisen since 2014.

Before dating Fred, she was in a romantic relationship with Adam Goldberg. They started dating in 2001 and ended thing in 2004. She also had a brief romance with Edward Furlong from 1998-1999.

Lyonne, in 2005, got evicted by her landlord, Michael Rapaport, an actor following the complaint regarding her behavior with the tenants. The same year she suffered from hepatitis C, a collapsed lung, and a heart infection for which she was admitted under a pseudonym at the Beth Israel Medical Center in Manhattan.

In 2006 an arrest warrant was issued for Natasha for missing a court hearing for her previous case. The same year she was admitted to the Caron Foundation, alcohol, and drug treatment center.

Natasha also underwent open heart surgery to treat the damage caused by her heart infection. Later she opened up about her health problems on The Rosie Show after her recovery.

Lyonne's net worth is estimated to be 3 million dollars.