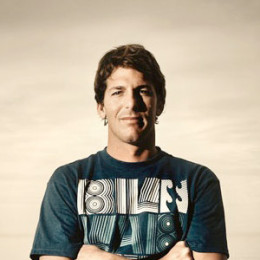 Andy Irons, an American professional surfer, grew up in Hawaii surfing on the dangerous and shallow reefs. Andy is a three times world champion winning several other competitions as well leading to 13 February being declared as Andy Irons Day by Hawaii government. He is remembered in surfing history for his dedication in promoting it throughout the world. The younger brother, Bruce Irons, is also a former world champion competitor.

Andy Irons got married to his girlfriend, Lyndie Dupuis, after 5 years of dating who was his tour companion and manager and had a son, Andy Axel Irons, with her. There is no information of any other affair of him. Andy died in 2010 due to a cardiac arrest while at the airport room. After the death, many events were held worldwide commemorating him.

Lyndie Dupuis is a model and a designer whom Andy met at her teen age. Lyndie supported him in his every competition being his manager.

Andy Axel Irons is the only child of his parents who was born after the death of his father. He is brilliant in his studies.