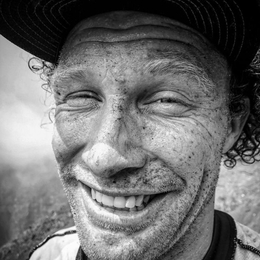 Andy Lewis is an American professional climber, high-wire artist, best known for being the first-ever slackline world champion. The artist gained a mainstream audience after he performed trickling and shared the stage with 'Madonna' during the halftime show of the 'NFL Super Bowl 2012'.

Andy Lewis aks Sketchy Andy was born on October 7, 1986, in Santa Rosa, California, USA, and as of the writing of this article, is 34-years-old. He grew up in Greenbrae, California, and is an American citizen. 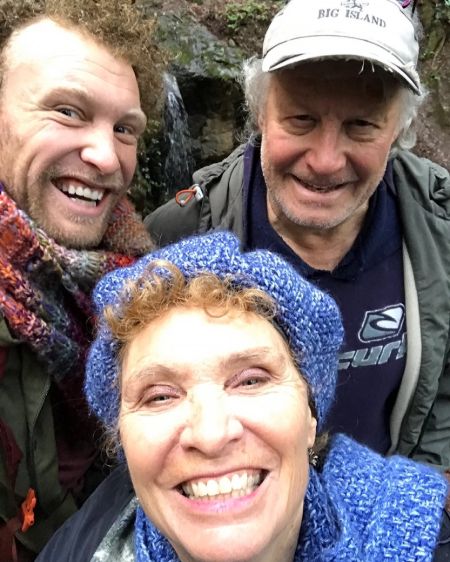 Lewis's family consists of his father, mother, and sister. In one of his interviews, the slackliner mentioned that he grew up in a happy home and his parents from a young age taught him and his sister to follow their hearts.

Andy Lewis is a dating aerialist and photographer paraglider named Aleta French since 2017. The pair often shares pictures of one another on their respective social media accounts. In the posts, The couple can be seen slacking on high mountains and happily paragliding. 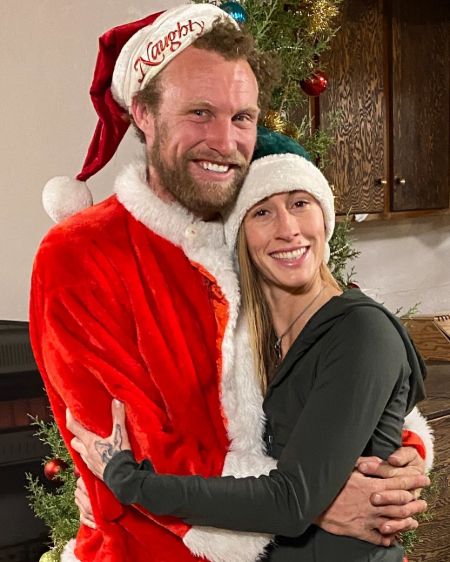 Lewis is also not afraid to showcase that he is head over heels for his girlfriend. On their third anniversary as a couple, he wrote a lengthy post on Facebook which in part read the following:

In short, you know every inch of me, inside and out, and you still love me... I couldn’t ask for more. We’re a complimentary match and you’re energy melds with mine seamlessly.

Given Lewis and his girlfriend are together for years and immensely love each other. It will not be surprising if we hear engagement or marriage news soon.

Andy Lewis was previously engaged to Hayley Ann Ashburn. The pair got engaged in December 2012 after years of dating. The reason for their split is not known. But given Hayley's pictures can still be found on Andy's Instagram; hence it seems like the couple departed on cordial terms.

Andy Lewis holds a whopping net worth of $5 million. He accumulated this wealth primarily from his career as a Tandem BASE jumper, slackliner, and entrepreneur.

Over the years, the California native has participated in several slacklining events and has impressed the audience with his amazing skills and talents. He is the first-ever slackline world champion and three-time Champion Overall at the Gibbon World Cup Series. 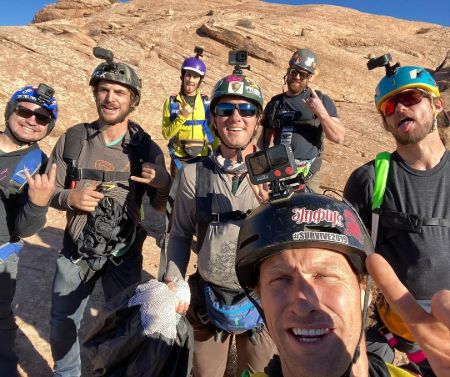 Lewis is also a pioneer in bringing slacklining to the world media. After he shared the stage with Madonna during the NFL Super Bowl halftime show in 2012, the sport slacklining became quite popular. Since 2018, the 34-year-old has moved into entrepreneurship. He started Tandem BASE Jumping Company in 2018 called “BASE Jump Moab" with some of his friends.

Andy Lewis and three other men dismantled the Utah monolith on the evening of November 27, 2020, at approximately 8:30 p.m. The athlete and his friends receive huge criticism for their actions.

Lewis later in one of the interviews revealed his reason for doing so. He stated that he felt the presence of monolith was disturbing the natural landscape of untouched desert as the monolith became an attraction spot and people tried to reach the spot using cars, bikes, and even planes which have wreaked havoc on the naturality. 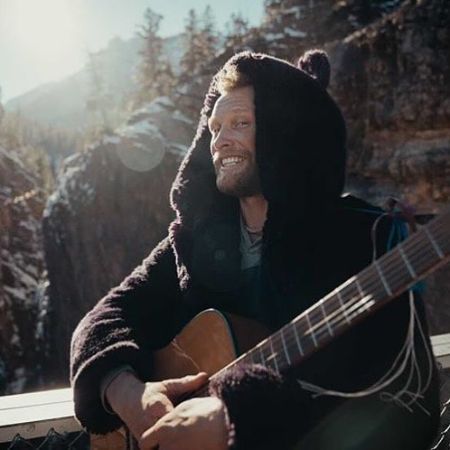