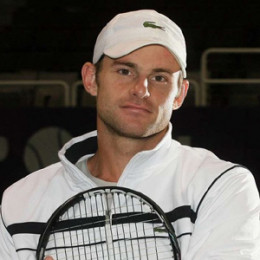 Former American tennis player and one time World Champion, Andy Roddick is one of the most famous faces in the history of the sports. On his thirtieth birthday in 2012, he announced his retirement. Despite his retirement, Roddick is still the sports celebrity worldwide. He is best known for his rivalry matches with Roger Federer. He is recognized as one of the finest and favorite athlete in American sports history.

Andy is married to American actress Brooklyn Decker since 2009. The couple is happily living in Austin, Texas with their two children. Andy Roddick is currently busy working with various charity and foundation with one being his own Andy Roddick Foundation. 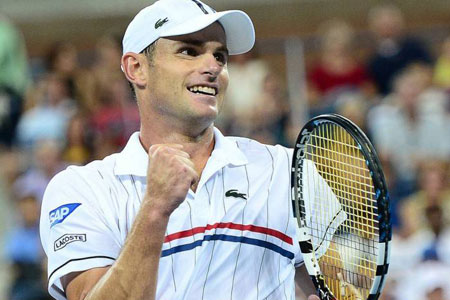 Born in Omaha, Nebraska Andy is the third son of the school teacher Blanche Roddick and businessman Jerry Roddick. Roddick lived in Texas and later moved to Boca at the age of 11. He has two elder brothers both being a promising tennis player.

Roddick again moved back to Austin, Texas following his brother's tennis footstep. His tennis idol has always been Andre Agassi. Andy peaked to sensation as a junior champion in 1999 when he finished as No. 6 junior in the US. 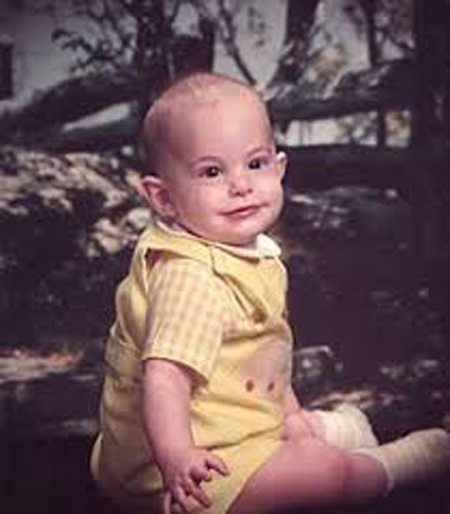 Roddick pushed his pro career to the peak in 2003 Australian Open. He defeated Juan Carlos Ferrero in US Open and booked his first Grand Slam. Andy got initial success in United kingdom defeating then No.2 Andre Agassi to get up to the semifinals to face Roger Federer.

He eventually lost against him but later got the revenge by defeating him in Montreal bringing himself into the limelight.

Roddick secured ATP Player of the Year in 2003. It is one of the three ATP where Andy beats Federer in his total professional career.

The second being the 2008 Sony Ericcson Open. Andy reached semifinals defeating Roger in head to head record of 2-15, and surprisingly an hour after proposing to his then-girlfriend and now wife, Brooklyn Decker.

Andy faced series of losses in Summer Olympics, US Open and Davis Cup in 2004. His biggest loss includes the match with his other rival Rafael Nadal. He lost his singles with Rafael in Seville, the then French Champion that made him fire his then-coach.

He then hired Davis Cup coach Dean Goldfine. Andy went to be ranked as No. 2 and US No. 1 in 2004 winning The Player with Most Aces with 2,017 aces to his name.

Andy made to the semifinals of Dubai Tennis Tournament defeating Rafael, his first victory with the then No.2 French Champion since 2004.

Again in 2008, Roddick hired a new coach Larry Stefanki. He reached the final at Wimbledon in 2009 but lost against rival Roger. In 2009, Andy suffered a knee injury and a serious shoulder surgery following the loss in 2010.

Roddick and Mardy Fish won the double titles making it Andy's fourth double titles overall. Andy entered US Open as fifth seed only to be eliminated by American John Isner. 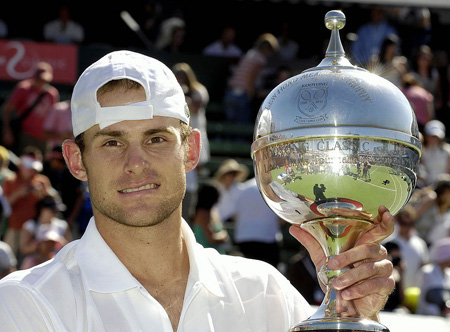 In 2012, with multiple ankle injury, Andy decided to retire. Before his match in the US Open Andy announced that he would retire after the tournament. After announcing his retirement, he went on to defeat Australian Bernard Tomic and Fabio Fognini. He ended his professional career as No. 39, his lowest since 2000.

Rody has significant records in different major tournaments of Australian Open, French Open, Wimbledon and US Open. He became runner-up for nine times. Andy Roddick won the championship for three times in Wimbledon, US Open and ATP World Tour.

Andy holds the record of winning 39 games in Grand Slam. He also has 18 consecutive tiebreaks won. Andy is extremely famous for his fastest serve in Grand Slam i.e 152 mph. Andy Roddick is inducted into International Tennis Hall of Fame in 2017.

Andy Roddick Net Worth and Income

Despite Andys retirement from the professional career, he hasn't stopped making a good fortune. He is one of the richest sportspeople. Andy has successfully earned over 20 million USD in prize money from his illustrious career.

His overall net worth is believed to be approximately 30 million USD. He is continually endorsing various sports and formal men wear. He has endorsement contracts with Lacoste.

Andy Roddick is also engaged with various radio and TV channel as a host and anchor. He has done multiple commentaries in internal matches.

Andy is expected to earn 8 million USD annually. Andy Roddick is clearly an admirer of lavish expensive cars. He has a huge car collection among which he is seen driving Lexus frequently. He is also the owner of Aston Martin Vanquish S which current market price is around $282,000.

Andy and his wife Decker sold their North Carolina mountainside home for 2.35m USD. The house was custom built in 2003 within 3 acres of land.

The home featured stone fireplace, antique timber and oak plant floors. Now, Andy and his family reside in their home in Austin that is listed to be worth of $3.6m. Decker keeps updating photos of their new place in her official Instagram.

Well it does... . Thanks @people for hangin' in our home!

Roddick first spotted his soulmate while watching a show on CNN. The famous American actress Brooklyn Decker was illustrated on CNN/Sports website She Says Z. Roddick and Decker began dating in 2007.

Through his website, Roddick announced their engagement in 2008. The couple had their first children named Jank in 2015 and later the second one in 2017.

Brooklyn and Andy also got featured with Hollywood celebrity Adam Sandler and Jennifer Aniston in the movie Just Go With It. 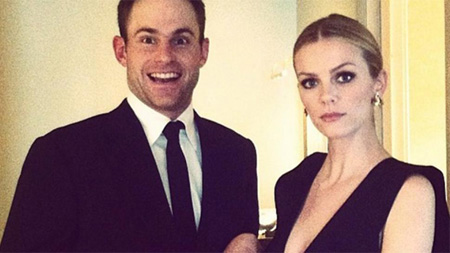 Andy Roddick is rumored to re-enter the Tennis as a coach. But, he hasn't accepted it officially.

Before getting married to Brooklyn, he dated lots of other famous actress and personalities. During his early years, he was in a relationship with Susie Abromeit in 1997.

Andy then started dating Mandy Moore. Moore is popular American songwriter and actress from New Hampshire USA. Moore came into limelight through her debut album Candy. The couple was favorite in the media from 2002-2004 until they get separated.

Despite their split, the former couple was together as the hosts in Charity Celebrity Poker Tournament at Seminole Hard Rock Hotel and Casino Hollywood. Andy quoted they were fine and also said Mandy is a nice girl and they were cool. 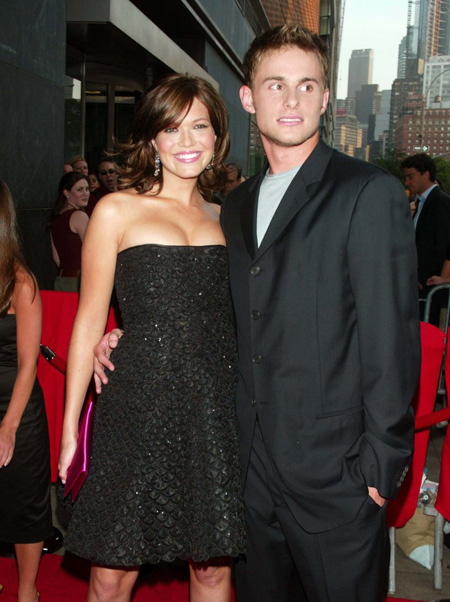 After his breakup with Moore in 2005, Andy got into the relationship with well-known tennis player Maria Sharapova. The couple had a year together and but got separated after a year.

In 2006, Andy was spotted getting cozy with Paris Hilton in Las Vegas. During his visit to the Pure Club, the duo was spotted quite close in the VIP bed. Media captured them leaving after 2-3 hours and the sports star wasn't able to get his eyes off her. In 2007, Andy Roddick reportedly hooked up with Alyssa Lipsky from Arizona.