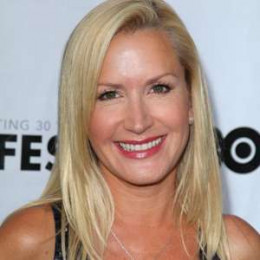 Angela Kinsey is an actress. She is famous from telly-series "The Office" aired on NBC television. Angela's father is a drilling engineer. She is the sister�in-law of Paul Lieberstein, He is Angela's co-star on The Office. Angela is also sister�in-law of Greg Danies, he is a writer, director, and a producer. Angela was the member of the Chi Omega sorority. She has worked on the NBC late night show 'Late Night with Conan'.

Angela was married with Warren Liberstein, he is the brother of Paul Liberstein. This couple lived together for ten years and got divorce. This couple has a daughter named Isabel Ruby Lieberstein, she was born on May 3, 2008.

Warren Liberstein was married with Angela Kinsey. Warren is a writer and producer, this couple has a daughter.

Isabel Ruby Lieberstein is their first daughter of this couple. She was born on May 3, 2008.