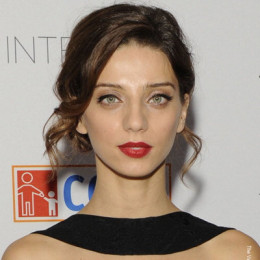 There has been no information available on her relationship. She has kept so discreet regarding her personal life. There are no rumors regarding her affairs or dating or boyfriends as well.

She maintained her clean image in the public being out of any rumors or controversies. Until she speaks about her relationship, we can say she is still single and ready to mingle.

Angela Sarafyan was born on 30 June 1983 in Yerevan, Armenia.

Flyyyyyyyyyyyy!!!! This one or the one before?

She is best known for her role as Clementine Pennyfeather on the HBO series Westworld. In 2019, she played the role of Joanna in Extremely Wicked, Shockingly Evil and Vile.