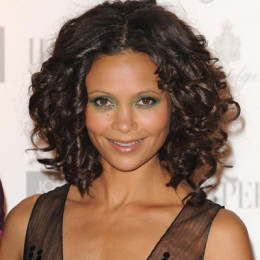 Thandie Newton is a prominent movie actress who rose to fame from her role as Linda in The Pursuit of Happyness and also as Nyah Nordoff Hall in Mission: Impossible II and Christine in Crash. She won the heart of thousands post she auditioned for her first role at age 16. 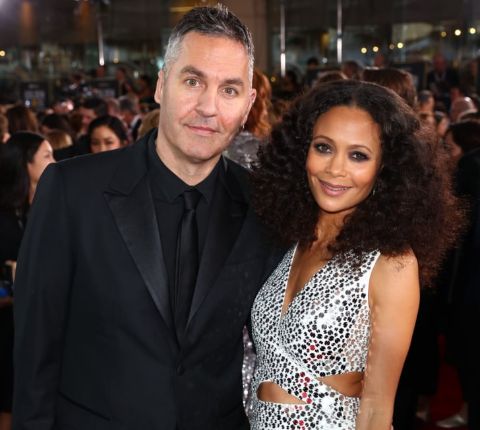 Newton and Parker are now blessed with three children namely Ripley (2000), Nico (2004) and Booker Jombe ( 2014). The Flirting star gave birth to all three of her kids at home. The couple's daughter, Nico Parker looks exactly like her mother, Thandiwe.

Previously, Thandie has dated a famous actor before she met her present husband while she was shooting for the Tom Cruise film Interview with the Vampire: The Vampire Chronicles.

Back in 2016, the Westminster born actress was being sexually harassed by her director who frequently shares his friends a video of her in a physically-graphic audition. Thandie talked about this experience as being a part of why she portrayed the Westworld role that involved substantial nudity.

What is Thandie Newton's Net Worth?

Thandie Newton, a 47-year-old actress possesses an estimated net worth of $12 million as of December 2019. One of the richest black actresses, Thandie receives a salary of $3-$5 million per annum for her appearance in movies. She bagged $250,000 per episode since the second season of Westworld.

Most notably, Thandie's partner Ol makes as much as his wife. For instance, the Richy Rich spouse of Newton also has an estimated net worth of $5 million. He is considered one of the wealthy screenwriter in England. He wrote and directed Here we Go Again and Mamma Mia!.

Believe it or not, Newton has been critically acclaimed for her performances in both big and small movies over a career that has spanned nearly three decades. Her debut film came in 1991 at age of 21, she starred in Flirting opposite Nicole Kidman and Naomi Watts.

Walking into Newton's real estate property, or lifestyle, she resides in a five-bedroom house located in Queen's Park near her favorite London pub and The Chamberlayne. Thandiwe sold her BMW X5 car and replaced it with a Toyota Prius after the Greenpeace stuck a sticker on her BMW.

Melanie Thandiwe Newton aka Thandie Newton was born on November 6, 1972, in Westminster, London, the U.K. Further, She is the daughter of Nick Newton and Nyasha Newton. Her father was a laboratory technician and artist.

Thandie belongs to Zimbabwean, British and English descent. She was the black, atheist kid in the all-white, Catholic School owned by nuns.  Melanie spent her childhood days in Cornwall, Penzance.

Later then, she learned dancing from Tring Park School for the Performing Arts. Newton studied at Downing College, Cambridge majoring in social anthropology. All in all, Thandiwe is a vegan and was enlisted under PETA's Sexiest Vegan of 2014 in the United Kingdom.

He is popular English writer. They dated for a year and changed their relationship into marriage. Together they have three children.

She is eldest child of the family. She is named after the fictional character Ellen Ripley fom themovie the Alien.

She is cute little gorgeous child of the family and she was also named after the famous singer Nico.

He is the youngest child of the family. His pictures along with her mother can be found in different sites.