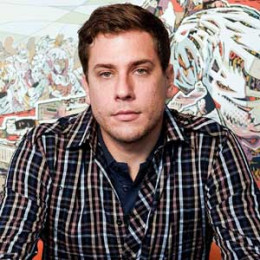 An American entrepreneur, Angelo Sotira is the co-founder plus Chief Executive Officer(CEO) of Deviant Art, an online community along with Scott Jarkoff and Matthew Stephens. He also used to own a music file- sharing sites, Dimension Music but later on sold it to Michael Ovitz.

Angelo Sotira was born on 14th February 1981 in Greece. He is a Greek citizen and of white ethnicity.

Angelo Sotira owned a company from his early age named, Dimension Music, a music file-sharing site. He, later on, sold the company to Michael Ovitz, an American businessman and investor in 1999. Moreover, he started working in Ovitz's Artist Management Group & Lynx Technology Group for two years where he worked as an advisor.

Furthermore, he along with Scott Jarkoff and Matthew Stephens founded Deviant Art, an online artwork, videography, and photography community with an initial budget of $15,000.

Angelo Sotira was in relation with an American actress, Janina Gavankar from 2004-2010. They posted several photos together before the break up in the social networking sites.

Since his breakup, Sotira has not been spotted with any girls. He is single and enjoying his single life.

Sotira has an estimated net worth of $75 million. He earned much from the Deviant Art.