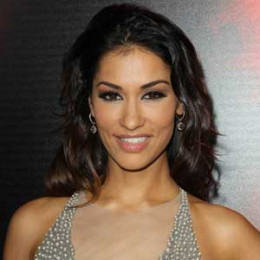 An American actress, Janina Gavankar is best known from the series and movies- True Blood, The League and Star Wars: Battlefront II. She has prominent roles in The Mysteries of Laura and The L World. The Gravity Summitt Award winner, Janina is popular on the social networking sites too. She is also listed top hottest girls wearing beats headphones. Gavankar earned much of the fame from the role, Papi from the series, The L World.

Born as Janina Zione Gavankar on 29th November 1980 in Joliet, Illinois. She was raised by her father, Peter Gavankar, and mother, Shan-de-Mohra or Mohra Gavankar.

Her father was an engineer in Pune and traveled to the US to pursue a degree in Master. Whereas her mother emigrated to the United States from India and she is half Indian and half Dutch. Janina graduated from the University of Illinois at Chicago.

Janina Gavankar's memorable role was from a role of Papi in The L Word; Ms. Dewey with the cast member- Jennifer Beals, Erin Daniels, Leisha Hailey, Marlee Matlin and more. Her other featured series included- Stargate Atlantis, Grey's Anatomy, NCIIS My Boys, HBO's series True Blood along with Anna Paquin, The Gates and much more.

Gavankar also appeared in a music video named, Wish I Could by Ella Leya, a Russian artist, and Kanya West's Love Lockdown.

Moreover, she signed a contract with Cash Money Records and Universal Records. She sang, Tell ME What in India with Pratichee Mohapatra of Deep, Viva, and Navraaz.

Janina Gavankar was in relation with Angelo Sotira, an American entrepreneur and a CEO of Deviant Art. Their relationship started in 2004 and separated in 2010.

After the breakup, there were rumors about her having an affair with Simon Cowell, an English reality television judge, and producer plus entrepreneur. Simon and Janina both share some flirty tweets on Twitter. Not only this they were also spotted together leaving LA's trendy Cecconi restaurant.

However, both Janina and Simon have addressed the rumors. So, for now, it can be said that Janina is single.

Janina has an estimated net worth of $500 thousand. She earned much from her acting in theater, television, movies plus from singing too. In 2015, she performed a percussion duet at Carnegie Hall with Quest love for the Best Buddies charity.