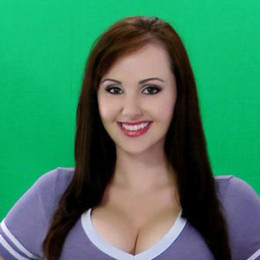 Angie Griffin was born on 16th May 1982, in Bakersfield, California, United States of America. She is white in ethnicity and holds American nationality.

Angie Griffin's career began in the year 2009 when she made her appearance in Movie Mob, a tv series, later the following year, she portrayed as Jenna Amnos in Bloodwood Cannibals.

She produced the television series Movie Mob, and also worked as a crew in Zombie Ed, Dilated, etc.

Angie Griffin is currently in a relationship with Chad Nikolaus. The couple began dating since 2006 and are a happy together. It has been a long time since they are together, as they might share rings to each other soon. But Angie and her boyfriend Chad are in no hurry to get married.

Angie earns a decent amount of money from her successful career as an actress, and producer, as she has produced a lot of music videos, also appeared in several movies and television series, which adds up to her net worth that is estimated to be 0.1 million dollars.