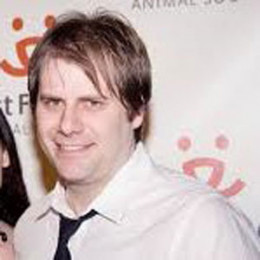 Chad Nikolaus is an American actor and producer better known for the movie Famous, Movie Mob and Walking in Circles. In the TV series, he has worked along with Eric Radic, Kate Wilson, Giovanni Pauletti, Jade Ramsey. He is dating his girlfriend Angie Griffin, an American actress, and producer. This couple has been dating since 2006. They both have shared the screen together in Famous and Movie Mob.

Chad Nikolaus is an American citizenship holder. He belongs to white ethnicity who has got the star sign, Scorpio.

He came to limelight after posting a number of parody songs on YouTube along with his girlfriend, Angie Griffin.

Later in 2007, he got a chance to play the TV series Movie Mob. The series starred Andre Meadows, Tory Shulman, Jade Ramsey, Nikita Ramsey and so on. After 2 years interval, he was seen on The Rotten Tomatoes Show.

In the year 2011, he was seen in the TV series Walking Circle and Famous. He was praised for his great performance in all the TV series.

Moreover, he was last seen in the short comedy movie Some Dis-Assembly Required directed by Nick Acott and Gray Scullion. The movie was released on 17th November 2014.

Chad is dating Angela Griffin, an American actress. They are dating since 2006 which makes their love story almost inspirational. This couple shared the screen in Famous and Movie Mob as well.

It's been more than a decade and the pair still shares a strong bond. They have posted a lot of pictures on Instagram and the couple looks seem to enjoy each others company. Well, Chad and Angela may soon change their relationship status to married.

Chad's profession has earned him an estimated net worth of $0.1 million.