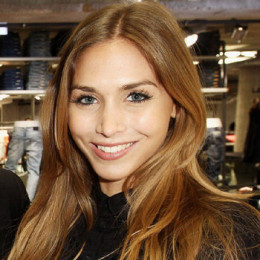 She is a professional model, blogger and singer, best known as the cast member on the television show Germany's Next Top Model. As a singer she has released two singles in titled This Is Me and Body Language. She is also known by her stage name Trina B. She began her modeling career at the age of 16. Since 2009, she has been working for the German Agency Rockstar Models and has a contract with IMM models.

Talking about her personal life, she is yet unmarried but is in a serious relationship with her long time dated boyfriend. Her boyfriend is a popular German footballer with whom she has been dating since 2012. The couple seem to have a great bonding with one another so they probably are thinking of getting married soon. She is very popular on Instagram where she posts her super sexy images quite often, which can be viewed @annkathrin_vida.