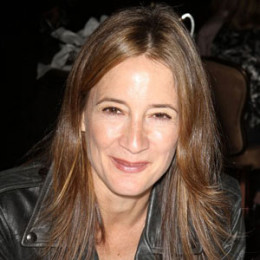 Anne Elizabeth Ramsey recognized as Anne Ramsey is an American Actress famous for her portrayal as Lisa Stemple on the comedy series Mad About You. She gave her mesmerizing performance in hits like Planet of Apes and A League of Their Own.

Anne Ramsey was born September 11, 1960, as Anne Elizabeth Ramsey. She is a native of Los Angeles County, California whereas grew up in La Habra, California.

Ramsey attended the University of California and earned a degree in theater.

Ramsey began her film career featuring in an industrial film. She got well recognized after her incredible performance along with the group ‘The continuum’.

In 1989 she made her appearance in the film A Taste of Hemlock followed by tons of other films like Class Action in 1991, A League of their Own in 1992, Critters 4 in 1992, The Final Cut in 1996 and Woman on Top in 2000. Throughout her career, she has worked alongside popular stars like Ann Cusack, Lori Petty, Mark Holton, Rosie O'Donnell and David L. Lander.

The film Planet of the Apes in 2001 and Heart of the Beholder in 2005 uplifted her fame to the prominence level.

The beautiful blonde Anne prefers privacy regarding her personal life. She is possibly single as no news regarding her affairs has yet emerged. Maybe she is more focused on her career right now.

As a brilliant actress, Anne earns a lucrative amount from her career. Her current net worth is estimated to be $2.5 million.