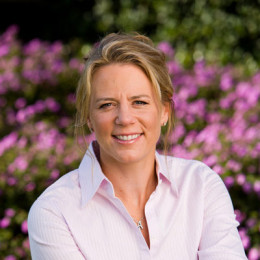 She is a retired professional golfer who has won 72 official LPGA tournaments including 10 majors and 18 other tournaments internationally. She is known as one of the most successful female golfers in history. She is the daughter of Tom, a retired IBM executive and Gunilla, worked in a bank. She attended the University of Arizona and is the winner of the 1991 NCAA Championship and the 1992 World Amateur Championship.

Talking about her personal life, she is a married woman. She met her first boyfriend during a tournament and they started being in touch with each other. They dated for some time and then decided to get married but their marital relation didn't last long and they separated. Soon after that tragic incident she again met a guy with whom she felt comfortable to be with and got married. The couple are happy with each other and are blessed with two kids.

He is an actor, known for Indiana Jones and the Emperor's Tomb and Star Wars: Galactic Battlegrounds.

He is the managing director for the ANNIKA brand of businesses and son of former PGA Tour and Champions Tour player Jerry McGee.

She is a adorable child who was born safe and sound. She is often pictured with her parents.

He is cute child who was born healthy. His photos can easily be found on his mother's Instagram account.