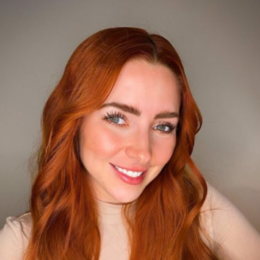 Ariadne Diaz is engaged to her long-term boyfriend turned fiance, Marcus Ornellas. Her partner Marcus is a Brazilian actor who works in Mexican telenovelas like her.

The Mexican actress started dating Marcus Ornellas in mid-2015. Ariadne became pregnant with the couple's first child after dating for a while. Ariadne got engaged to her baby daddy in 2017. The pair got engaged in August 2018 but is yet to get hitched. 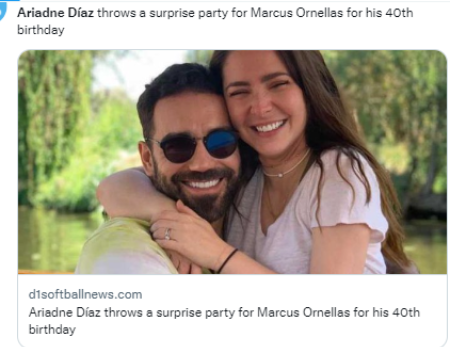 Ariadne Diaz and her fiance Ornellas celebrated their seventh anniversary together with the special tattoos on 17th April 2022. Ariadne-Ornellas duo is the perfect example of a Hollywood star couple. Surprisingly enough, Ornellas's pure love for Ariadne has inspired all their fan followers and made them believe true love exists.

The Ariadne-Marcus pair marks 17th April as the day their love story began. On the big day, the lovebirds got their initials tattooed to signify their love was stronger than ever. Some tattoo artists, friends, colleagues, family members, and a few guests attended the ceremony to bless them.

Ariadne Diaz is a proud mother to a handsome six-year-old son Diego Ornellas Diaz. She became pregnant for the first time with Marcus in September 2015. On 16th May 2016, the actress gave birth to a baby boy via cesarean section.

The news regarding Ariadne's cesarean section spread a week before the star couple planned. The protagonist of La Malquerida received baby Diego through Cesarean section at 38 weeks. 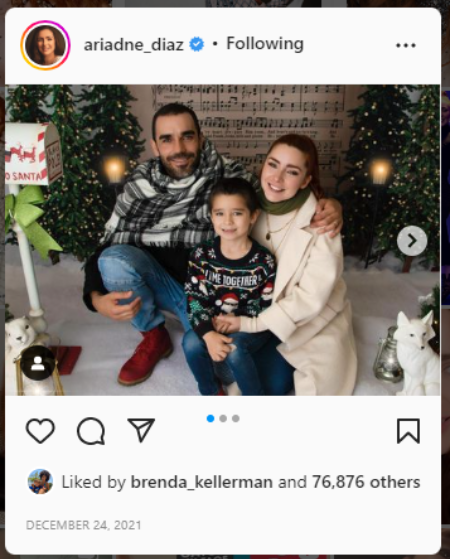 Later, midst the baby's arrival, Ariadne proudly showed off her baby bump standing nearby the baby's crib. At the same time, Marcus displays the toys for the baby, indicating how happy he is about Diego's arrival. Recently, Baby Diego Ornellas Diaz celebrated his sixth birthday with his parents.

Diego Ornellas is as popular as his parents; he has earned 95k followers on his Facebook. The six-year-old frequently appears on his mama's TikTok, dancing next to her. Assuming Diego Ornellas's daily activity, he would pursue his parent's footsteps.

Mr. Marcus Ornellas is a prominent 40-year-old actor from Brazil. He earns as much as his loving wife, Ariadne Diaz. He has been in the entertainment field for more than a decade. Ornellas starred in novelas including Dos Hogar, Me Quiero Enamorar, and A Que No Me Dejas.

Fans have loved Marcus for his appearance in telenovelas Vecinos, Despertar Contigo, and 40 y 20. From 2018 to 2019, Brazilian hunk landed a major role in other novelas Falsa identidad, La Taista and Rubi.

From 2019 to 2020, Marcs appeared in series including Jose Jose el principal de la cancion's "Persguidendo la nave del Olvido" episode. The Cacapava do Sul; Brazil native, has featured in dozens of telenovelas till today. But he could make only up to two movies; Ornellas appeared in El Arrbo de Conrado Sierra and Que Pena tu Vida.

Ariadne Diaz has never dated or romantically linked to any men except Marcus Ornellas. Calm and intelligent, Diaz has never been part of any rumors or controversies.

The Mexican beauty has always been faithful in what she does. Diaz's long-term relationship with Ornellas has inspired many young couples. But in the case of Ornellas, he was rumored of dated a woman who was 15 years older than him during his adolescence.

On 19th January 2022, Marcus revealed he did not want to return the subject of the crocodile that took Ariadne's pet's life. The Brazilian telenovela star was interviewed with the Image Entertainment network.

Ariadne Diaz has summoned an estimated net worth of $5 million as of 2022. On average, an actor in Mexica receives around $32,000 annually. Diaz shares some deluxe cars and a lavish home in Mexico City, Mexico.

As an aspiring model and actress, Ariadne would bag a huge amount from ads, brand endorsements and sponsorships. In addition, when it comes to lifestyle, Ariadne spends money on traveling and indulges in fashionable designer brands.

Check out the clip of Ariadne Diaz in an interview!

Diaz started her career appearing in the 2006 episode of the Televisa series RBD: LA Familia. People have recognized Ariadne as a model and actress. She had been the finalist of the tenth Nuestra Belleza Jalisco pageant in 2003.

From 2010 to 2011, Diaz starred in series Mi Tio and Llena de amor. In 2012, Ariadne Diaz displayed in the music video for the Prince Royce song "Incondicional". In 2014, she appeared in novelas La Malquerida. 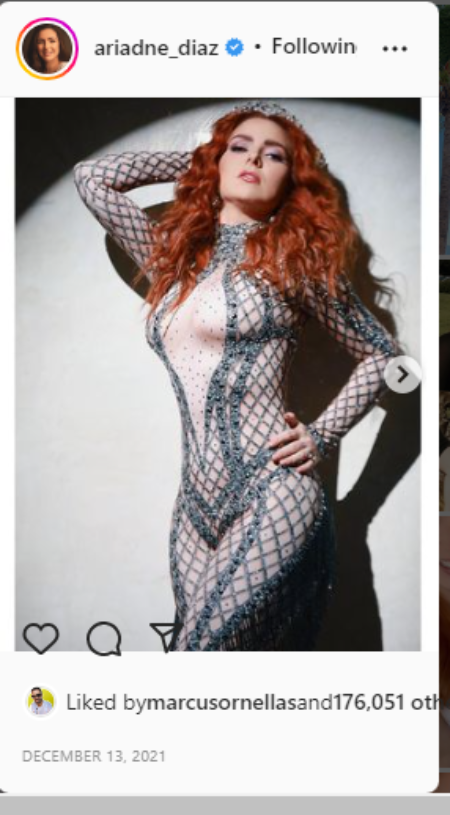 Marcus Ornellas and Ariadne Diaz are happily engaged for over seven years. They got engaged in 2018 but started dating in 2015.

Diego Ornellas Diaz is the only child of his parents Marcus Ornellas and Ariadne Diaz, Diego is six years old.