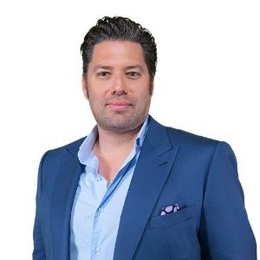 Armando Montelongo, a successful real estate entrepreneur who came to limelight for his show Flip This House. He is also a public speaker and author. Apart from his professional life, the businessman has managed to keep his personal life exquisitely well.

The real estate entrepreneur is blissfully married to his wife, Whittney Montelongo. The duo, however, has not revealed when they walked down the aisle. 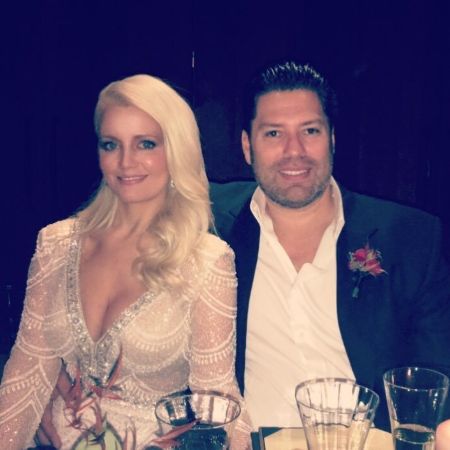 Armando Montelongo is relishing his life with his wife Whitney Montelongo.

Montelongo usually remains hands full with his professioanl works. Despite remaining busy with his hectic schedules, the one-time reality star squeezes time to spend quality moments with his family. He often posts pictures of his family on his social media accounts. 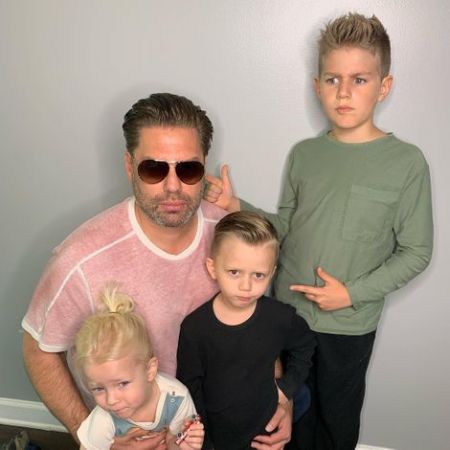 Although the Armando Montelongo Companies' founder is living a pleasant life with his partner, she is not his first love. Armando was in a marital relationship with someone else before. So, who was his partner? And why did they part ways?

The part-time public speaker was in wedlock with his "Flip This House" co-star Veronica Montelongo. His former wife is an American reality star and actress.

Although the duo kept the date of their matrimony behind the curtain, it has been learned that they exchanged vows sometime in 1997. The two maintained a good relationship during most of their time as a married couple and lived together for over a decade. Furthermore, they also share a son, Mondo Man from their relationship. 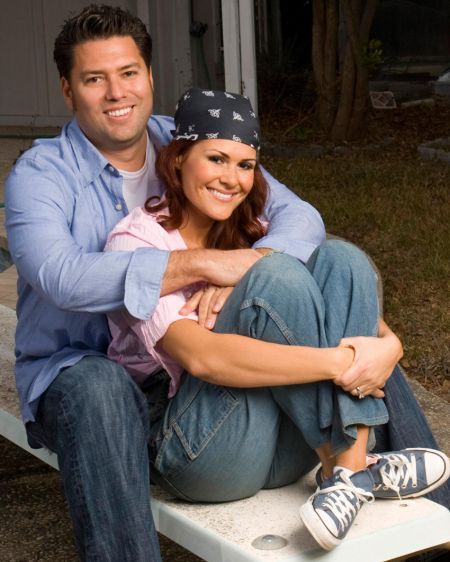 Unfortunately, the family's joy came to an end when Armando filed for divorce in June 2011 and parted ways shortly afterward. Armando did not reveal the exact reasons for their sudden separation though many believe his extra-marital affairs with his current spouse Whitney to be the leading cause.

Regardless of the line of work, engaging in some controversy seems inevitable for celebrities, and the former reality star is no exception to it. He has been dragged in a few, and one of such cases came in February 2016 when 164 students sued him.

The students from Texas, San Antonio and other parts of the country filed a lawsuit against the business mogul stating they "fell victim to predatory and fraudulent business practices." The students, moreover, claimed that Armando Montelongo gave them worthless advice and ideas in his seminar.

The total costs for Armando's workshops, tours, and programs range from $40,000-$50,000. They also further said that the investment hurt them emotionally causing depression, stress, which in one case even led to suicide.

Speaking to the accusations against him, Armando talked about the matter in an interview in 2017. He said:

"We've always been very transparent about our business model. We've even showed it on Undercover Boss. A number of these individuals that I've taught how to be successful have opened up a competitive seminar company or a competitive education­al online company and — are colluding to come together to try to bring down No. 1."

The lawsuit was amended in April and refiled in December 2016. In June 2018, a federal judge tossed the suit of the students against the entrepreneur, stating that "the students failed to state a RICO claim predicated on fraudulent acts."

Fast forward today in 2021, Armando has nothing to worry about, especially regarding the lawsuit cases. Montelongo has moved on and carried on with his life and family. As a matter of fact, the realtor seems to be enjoying his life to the fullest.

Montelongo often posts about his family enjoying and vacationing to the fullest. Only in November, Armando announced he was selling his house where his boys grew up on Instagram. Not to mention, Armando has made a business transaction of more than $600 million by far.

Due to his successful career in the real estate industry, the entrepreneur holds a net worth of $50 million, as of 2019. However, he has claimed that his actual wealth is more than $200 million. In contrast, another reality star Christina Anstead possesses a net worth of $4 million.

Montelongo, besides, holds and speaks in seminars which are attended by 300 thousand people every year. He has openly said that he made a fortune out of those seminars.

Apart from his other sources of earnings, the businessman also makes money from books. He published a book titled "Flip and Grow Rich" which costs $17.23 on Amazon.

Keep following Married Wiki for more biography and news of your favorite celebrities!!!

Armando Montelongo is happily married to his beautiful spouse, Whittney Montelongo. The duo have three kids together.

The "Flip This House" was married to Veronica Montelongo in 1997. His former partner is an American reality star and actress.

Mondo Man is the son of Flip This House stars Veronica Montelongo and Armando Montelongo.

Titan Montelongo is the second son of businessman and speaker Armando Montelongo and Whittney Montelongo.

Atlas Steel Montelongo is the second son of entrepreneur and speaker Armando Montelongo and Whittney Montelongo.