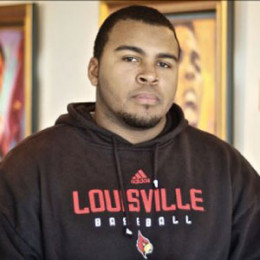 Asaad Amin, the son of the late boxer, Muhammad Ali is currently working as an assistant baseball coach. He is the adopted son of his parents. He rose to fame due to his father’s stardom. As of now, Amin is single.

Assad Amin was born in 1986 in Louisville, Kentucky. Amin is American as per nationality, and as far as his ethnicity is concerned, he is African-American.

He is the adopted son of Muhammad Ali, late boxer and Lonnie Ali. While visiting Lonnie's sister, they fell in love with a baby, Assad Amin, soon to go to foster care, her sister was taking care of. Later, they adopted him when he was five months.

He has eight siblings Laila Ali, Maryum Ali, Hana Ali, Rasheda Ali, Khaliah Ali, Jamillah Ali, Miya Ali, and Muhammad Ali Jr. He never got a chance to see his father box, because, by the time he grew up, Ali had already retired due to Parkinson.

Asaad Amin had interest in baseball right from his childhood days. Amin was drafted by Anaheim Angels in the 40th round in 2009. He used to play as a catcher during his high school. In 1992, he led his school team to the Southwestern Michigan Athletic Conference West Division Championship.

When Amin was 18, he scored .367 with four doubles and two home runs. He also played football while in high school.

As of now, Amin is an assistant baseball coach, and also a coordinates recruiting for a local college. He is also is an area scout for the Chicago White Sox.

Asaad Amin is unmarried and has no children. Amin is currently single.

He prefers privacy when it comes to his love life. He has neither been linked to any high profile celebrities nor has been spotted with any of his girlfriends.

Amin loves to spend most of his time with his family. He was very close to his father. He even posted a heart touching tribute to his late father,

Losing his father made him very emotional.

As per some sources, the average salary of an assistant baseball coach is $35k per year. His father used to own a Louisville Mansion worth $2.2 million.