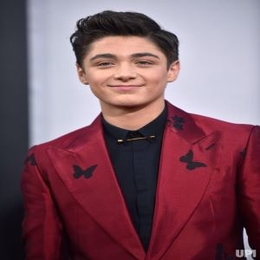 "Age does not matter in the field of entertainment." The 16 years old Asher Angel has already ruled over the entertainment industry with his dashing looks and unique acting skills. Best known as the Billy Batson in the DC Extended Universe film Shazam!, Asher has already gained the popularity which other stars may take years.

Who Is Asher Angel Currently Dating? Know About His Girlfriend, Relationships 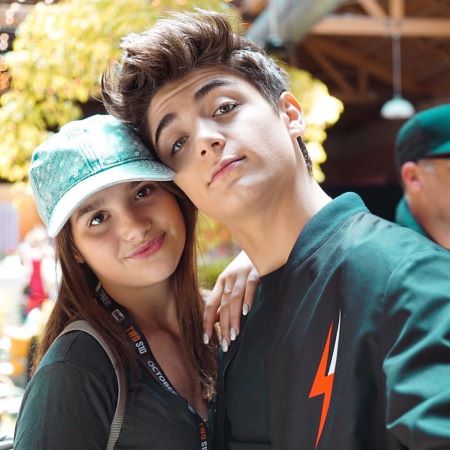 Well, the duo first met on the sets of his Chemistry music video and started dating shortly after that. Furthermore, the rumors of their fling surfaced back in November 2018, but they confirmed the new only a few months ago. What's more, Annie also co-starred in Asher's recent music video named One Thought Away, which also features Wiz Khalifa!!!

Asher was rumored to be dating his fellow actress, Peyton Elizabeth Lee from Andi Mack. They two were quite close to one another and were spotted hanging out together in several places. However, Angel declined the rumors saying Peyton is more like his sister.

Tonight new #andimack @disneychannel make sure you tune in! Let me know what you think;)

Likewise, Annie previously dated a young actor and singer Hayden Summerall, one of the four Summerall brothers. The couple dated for a year before they finally decided to part their ways in 2018. Besides, the reason for their break up is yet to be disclosed.

How Much Is The Net Worth Of Asher Angel? Know About His Salary, Earnings

Asher Angel holds the net worth of around $500-$1 million. He garnered this fortune from his career as an actor, singer, and YouTuber. In addition, the average salary of an actor in the United States is around $50,110, and the singer can earn up to $45 thousand to $65 thousand per year. Likewise, he owns 627,867 subscribers on his Youtube channel, Asher Angel.

Angel started his acting career at the young age of six starring in the 2008 flick Jolene. He then played in Nicky, Ricky, Dicky & Dawn and Criminal Minds: Beyond Borders and many more. However, he is best known for his role as Jonah Beck in the drama series Andi Mack.

Ashel played in short videos like Snow Globe Wonderland, How do you do that Voodoo, and Hate from a Distance. Likewise, the handsome hunk also acted in over more than ten plays which include Seussical, The Little Mermaid, Into the Woods, and Mary Poppins.

Apart from acting, the 16 years olds also collects a good fortune from his lucrative singing career. Similarly, his hit music videos are Chemistry, One Thought Away, Gateway, and many more. Further, he earns $7,443.75 - $12,406.25 per promotional post on his Instagram account. 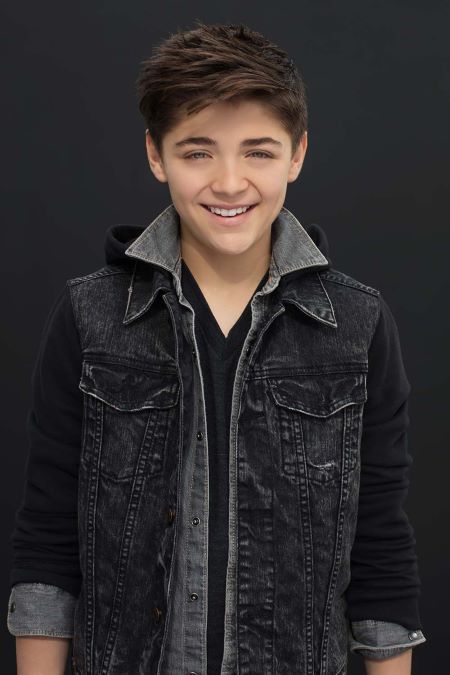