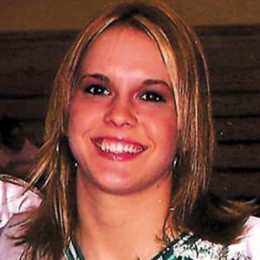 Ashley Harlan is the wife of the well-known quarterback, Ben Roethlisberger. Ashley grew up in the town of New Castle, Pennsylvania and attended the Laurel High school back in 2004. After she graduated from high school she furthered her education at the St. Francis University and she went on to play softball at which she simply excelled. She graduated University in 2009. Currently, Ashley is working as a physician’s assistant in the town of Pittsburgh. She has three children.

Ashley Harlan was born on July 24, 1983, in New Castle, PA. She is American and belongs to the White-American ethnicity. Her birth sign is Leo.

Harlan attends the Laurel High School in 2004 and she was star athlete of her school as she played basketball, softball, and volleyball.

Later she joined St. Francis University and completed her graduation in 2009. Then she studied nursing in order to pursue her career in medical line.

After completing her nursing studies, Ashley Haran worked as a physician's assistant in Pittsburgh. Later, she gets a job offer from  Presbyterian Hospital in Pittsburgh in the Cardiac surgery department.

Ashley Harlan married her longtime boyfriend, Ben Roethlisberger, he is an American football quarterback for the Pittsburgh Steelers of the National Football League. The duo exchanged a vow on July 23, 2011, at a private ceremony in Christ Church at Grove Fram.

The pair invited 500 guests and requested them to instead providing them gifts, donate money for Ronald McDonald House and Children’s Hospital of Pittsburgh of UPMC. The duo didn't live together until they married to respect one another religious beliefs.

The pair first encounters in 2005 and eventually fell in love. The couple was blessed with two children named, a son Benjamin Jr. who was born in November 2012.

After two years later, Ashley became the mother of second time on 19 March 2014, Marie Roethlisberger. The most recent addition to their family is Bodie Roethlisberger (born on May 26, 2016).

The couple seems to be very happy with each other so there are no signs of separation, not their affair rumors too place.

Ashley Harlan is a renowned physicians assistant. In the USA, the median annual salary of physician assistants is $101,480.  Harlan also gets paid around this figure.

The real figure of her net worth hasn't revealed yet. However, her husband has earned an impressive sum of net worth from his football career. His estimated net worth is $70 million and annual salary is $12.8 million.

Ashley Harlan is married to Ben Roethlisberger on July 23, 2011. He is an American football quarterback for the Pittsburgh Steelers of the National Football League.

Benjamin Jr. Baylee Marie Roethlisberger is the first child of Ashley. He was born in 2012 and has two siblings.

Marie Roethlisberger is the second child and first daughter of Ashley Harlan. She is as beautiful as her mother.