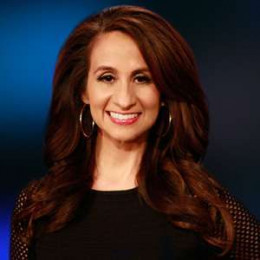 Audrey Puente is a meteorologist for WNYW-TV which is based in New York City. She is a daughter to a Latin percussionist Tito Puente. Previously, Puente used to work for WCBS-TV's Channel 2 News This Morning. From 2012, she has been working as a weekend meteorologist at WNYW-TV. She also has a personal business which produces apparels with decorative crystals. She is happily married to her husband, Jay Thompson since late 2004.

Born on March 3, 1970, in New York City, Audrey is the daughter of Tito Puente, a percussionist. She also has a brother named Tito Puente Jr. who is a musician She comes from a Latin background.

Audrey attended Syracuse University and earned a Bachelor of Science degree in Speech Communication. She then did her Master of Science in Geosciences focusing on meteorology from Mississippi State University.

Puente started her career in the mid-1990's as a meteorologist at WJCL and WTGS TV in Savannah, Georgia. Then in 1999, she joined WNBC, working as the weekend morning meteorologist. Audrey occasionally filled in for Dave Price on The Early Show on CBS.

She also worked as a weather forecaster for CBS 2 News at Noon and WCBS-TV's Channel 2 News This Morning. Later on Jan 1, 2007, John Elliott was hired by WCBS to take her position.

Following that she joined WWOR-TV succeeding veteran meteorologist Storm Field. She served as the main meteorologist till the evening newscast was canceled in July 2013.

Currently, Audrey works for WNYW-TV. She has served the channel as a weekend meteorologist and also as a fill-in meteorologist since 2012.

Exploring about Audrey Puente's personal life, she has already tied the knot with her longtime sweetheart, Jay Thompson. The husband-wife share a mutual understanding and has great chemistry. 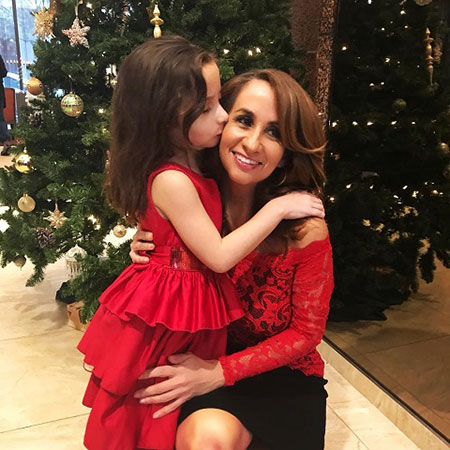 CAPTION: Audrey Puente with her daughter,

Till now, there has been no report of any conflict and extra-marital affair from both sides which suggest they are very faithful to each other.

They are living happily together and have three children: two daughters and one son.

Audrey has been working as a meteorologist since the 1990's. In her long career of 27 years, she has served for CBS, WWOR-TV, WCBS and so on.

She inevitably draws a good salary from her job and has successfully maintained an estimated net worth of $3 million.

Jay is the father of three children.He is handsome and dashing. This couple's pictures can be found in different social sites.

She is the eldest daughter of the family. She is very cute and adorable.

He is the only son of the family besides two daughters.

She is cute and gorgeous. She is the youngest child of the family.