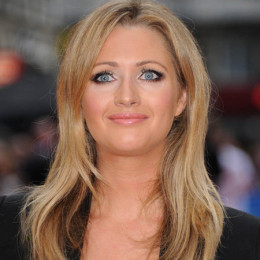 She is very renowned television presenter and reporter of Scotland who is also RTS award winning producer. Currently she is lead anchor of Sky Sports News. She is daughter to Gordon McQueen who is former scotland footballer and Sky Sports specialist. After completing Bachelor degree with majors in PR Marketing and Journalism she joined Media Law. In starting of her she used to work as a runner and production assistant for Richard and Judy. After that she worked for Middlesbrough’s Boro TV. She has already appeared in many important events like Hublot Manchester United partnership press launch, Samsung Olympic Torch launch and Babby Robson Foundation Football Day.

Exploring about her personal life she is unmarried and single. She has interviewed in the media that she is very happy to be single and she is living a great life with her family and friends. According to her she don't want to put emphasis on boyfriend material because she is not in need of any man in her life. She also told that she has never googled herself because she thinks she will find horrible and flattering comment all over it.