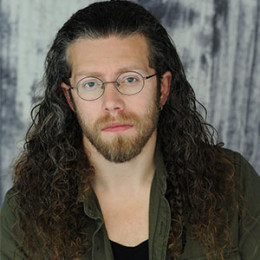 American reality TV series Alaskan Bush People premiered on 6 May 2014 is going on with its eighth season on Discovery channel. The show reflected the life of Brown's family in Alaska before moving to Washington State. Though people criticized the show for being fake and scripted earlier, it's still an all-time favorite.

Bam Bam Brown is an important part of the show along with his parents and siblings. Brown's family definitely earned huge popularity along with attractive net worth.

Bam Bam Brown's Personal Life: Is He Getting Married? Who is His Girlfriend?

He is living a happy family life despite being so busy in his profession. Reportedly, he left the show in order to spend quality time with his girlfriend Allison Kagan in late 2016. The couple met on the set of the same show on the Discovery Channel and fell in love. She worked as a supervising field producer for the show. 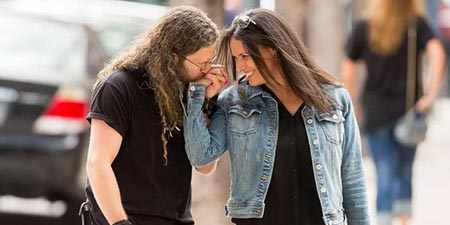 The couple started dating in 2016 and are together ever since. Source sources claimed that the duo secretly engaged but the pair didn't confirm their engagement.

Earlier in 2017, the two were spotted hand in hand in New Orleans, Louisiana.

Apart from the cast members of Alaskan Bush People, Kagan is close to his family members including his mother.

There's no sign of Brown and Kagan getting married anytime soon.

His father; one of the stars of Alaskan Bush People amassed a net worth of $500,000.

With the success of the show with its eight seasons on TV, the Brown family earned around $60 million in total. Other cast members worth $40,000 to $60,000 each.

Joshua Brown is the second eldest child of Billy Brown and Ami Brown. He loves hunting, fishing, and tracking.

His mother Ami was diagnosed with stage 4 lung cancer. As per some sources, she is in remission.

Recommended: Learn about seven most common cancer found in women and also know about the treatments

The Discovery channel star earlier claimed that the crew members rescued a vintage ferry boat. However, RadarOnline exclusively reported that the vessel is originally known as 'Osprey' was actually purchased for $55,000 cash from a private seller.

A source involved in the sale of the vessel said,

"Joshua bought the 100-foot passenger vessel and named it Osprey. It used to be called Mark Twain before that and it was called the Majestic Lady when it was constructed in 1986."

He reconstructed the vessel with his girlfriend and named it "Fanthom This".

As per an eyewitness,

"Joshua said he was taking the boat to the Bahamas to restore it. The owner was asking $225,000 for it, but he really wanted to sell it. After he gutted it, Joshua gave him $55,000 in CASH! Of course, the owner accepted that generous offer. He just really wanted to get rid of it and Joshua really wanted to buy it."

Meanwhile, looking at his Facebook posts, "Fanthom This" is completely ready for sale.