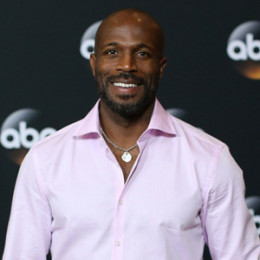 Billy Brown is an American actor who rose to prominence after he appeared in the Shonda Rhimes drama series How to Get Away with Murder. Also, he is known for his roles in TV series such as Lights Out, Dexter, Hostages, and Sons of Anarchy. He was nominated for Screen Actors Guild Awards for his performance in 2011-12 Dexter. He has received the nomination for Screen Actors Guild Awards in 2012.

Born on 30 October 1970, American actor William "Billy" Brown is the native of Inglewood, California. He spent his entire childhood in his hometown. His birth sign is Libra. He belongs to Black-American ethnicity and holds American nationality.

Brown was raised in a middle-class family, in Inglewood, California.

Brown, 47, initiated his professional career in a movie 'Geronimo: An American Legend' in 1993. The same year he portrayed Boy in Boston in the film, Dreamrider.

Brown is best known for his role as detective Mike Anderson on Showtime's TV series, Dexter. The series ran from 2011-2012.

Brown also played in many TV series including As Told by Ginger, Starship Troopers 2: Hero of the Federation, CSI: NY, NCIS, Law & Order: Special Victims Unit, The Following, and Legends.

Brown received the nomination in 2012 Screen Actors Guild Awards for Outstanding Performance by an Ensemble in a Drama Series for his works in Dexter. His other works include Hostages and Adventure Time.

Brown portrayed Detective Nate Lahey in the popular TV series, How to Get Away with Murder in 2014. The series was released on September 25, 2014, and has completed 53 episodes. The series is currently running its 4th season. He was cast alongside Viola Davis in the series.

As of 2017, Brown portrayed a lead role in the Screen Gems' thriller Proud Mary alongside Taraji P. Henson.

Brown has reached the age of 47 now. He might be married, as he has not confirmed the fact. He has maintained his personal life low profile. His has not spoken a single word about his love life in social media and interviews.

Recently, Brown lived in California with his family. He attended many public events and functions on a regular basis; has huge female fan followers.

Billy Brown rose to fame after playing the lead role in How to Get Away with Murder. He made the pretty amount of sum of money working on the series.