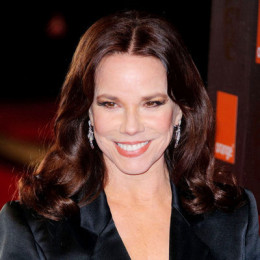 Barbara Hershey is one of the famous actresses of all time in Hollywood. She was youngest among her siblings and from a very early age she was fascinated towards acting. When she was just 17 years old her drama coach helped her to find an agent in an acting career.

She was once in a relationship with her co-star David Carradine and the couple is a parent of one son, Tom. They dated for around 5-years. Soon she tied the knot with Stephen Douglas but they got divorced.

Barbara Hershey was born Barbara Lynn Herzstein on February 5th, 1948, in Hollywood, California, the United States of America. She is the daughter of Arnold Nathan Herzstein and Melrose Herzstein. Her father was a horse racing-columnist and mother was a housewife.

Her father's parents were Jewish emigrants from Russia and Hungary and her mother's parents are from Presbyterian of Irish descent. She grew up with her two other siblings. From early childhood, she was very much interested in acting.

She proved her worth at the mere age of 10 when she came out as an 'A' student. She attended Hollywood High School but later dropped out in order to pursue her acting career.

Her high-school drama teacher, helped her find an agent in 1965. Then when she turned 17, she found herself a role in TV series Gidget.

Barbara Hershey made her acting debut in the 1966 television series, The Monroes. She then played a small role of Stacey Iverson in the 1968 movie, With Six You Get Eggroll. During the filming of the movie, Last Summer, she inadvertently killed a seagull.

One scene in the movie required her to throw the bird in the air so it will fly away but despite multiple attempts, the bird was not able to fly. Then in the last take, the bird fell and broke its neck leading to its death.

She even changed her stage name to 'Seagull' to pay her respect to the bird. Though her name caused her some problem as the producers of The Crazy World of Julius Vrooder refused her the salary of $25,000. They stated they won't state a bill in the name of the seagull.

She received her first Oscar nomination for playing in the movie, Boxcar Bertha. She played more prominent and critically acclaimed roles in the 80s. Her work in The Stunt Man, which she did after a 4-year gap heaped her with critical praise.

Up until now, she worked in more than 100 films. Her famous works include A Killing in a Small Town, The Last Temptation of Christ, Shy People, Black Swan, A Portrait Of A Lady, among many others.

Regarding her personal life, she faced many up and down in her love life. Her name was associated with many actors. In the year 1969, Barbara Hershey met famous actor David Carradine on the set of Heaven With Gun. Both of them worked in the same movie which led to her first high profile relationship. 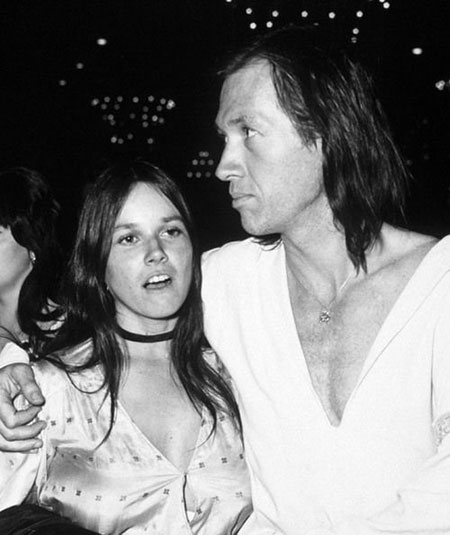 The couple was in a relationship for around 5 years. During that time, the couple appeared in other films like Boxcar Bertha. Furthermore, the duo even appeared nude for the Playboy Magazine just to recreate some sex scene from the movie, Boxcar Bertha.

On October 6th, 1972, Barbara became a mother for the first time. She and David welcomed their first child, a boy named Free. The name later changed to Tom. But the relationship didn't go well and they got separated. The main reason for their separation was his arrest in the charge of burglary and his affair with Season Hubley.

Later on, she married the artist, Stephan Douglas. They tied the knot on August 8th, 1992 in a beautiful ceremony in Oxford, Connecticut. The couple got divorced after a mere 1-year of their wedding. She didn't bear any children by his side.

Then in the year 1999, she dated actor Naveen Andrews. The couple got separated in 2005 and during the time, Naveen fathered a child with an unknown female. Since her relationship ended with Naveen she was never spotted dating anyone.

She was also accused by her directors for taking drugs and always being high but she rejected all those rumors and she said in an interview that she was always serious about her acting career.

Barbara is in the entertainment industry for over 4 decades. In this long period of time, she garnered a huge net worth of $12 million. And obviously, the main source of her net worth is her acting career.

During her starting career, she used to earn $25,000 for a role in any movie.

Occupationally he is an artist. They married each other in the presence of son of their two mothers and Hershey's son. After a year of their marriage they got divorced.

His was first named as Free but later when he was 9 years old Hershey changed his name to tom.