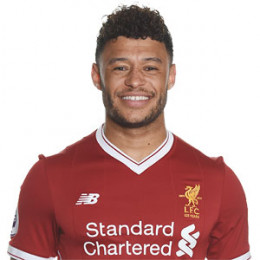 Alex Oxlade-Chamberlain is an English football player who plays for English National Football Team and club side Arsenal as a central midfielder/winger of the team wearing jersey number 15. He made his debut in the professional football arena since 2010. Wendy Oxlade is his mother and his father is also a popular footballer, Mark Chamberlain and so is his uncle Neville and his brother Christian Chamberlain. He had attended St John's College in Portsmouth.

Alexander Mark David Oxlade- Chamberlain was born on 15th August 1993 in Portsmouth, Hampshire. Alex attended St. John’s College in Portsmouth. Growing up, he was surrounded by football players. His father, Mark Chamberlin was an international football player, and the former Stoke City player, his uncle Neville Chamberlin and his brother Christain Chamberlin both are professional players.

It was no shocker for anyone when Chamberlin decided to pursue football. But there was a point when he almost chose Ruby over football when the London Irish Rugby club approached him.  Chamberlin from an early age was a sporty person, he even played cricket for a brief period, and Hemisphere even offered him a trial by he declined it because of his commitment to football.

Alex entered football at a young age. At the age of seven, he joined the Southampton Academy.  He made his debut for Southampton at the age of 16, against Huddersfield Town. He was the club’s second youngest appearance after Theo Walcott.  He signed his first professional contract with Southampton lasting for three years.

His first league goal was against Oldham Athletic, and they also won the match. Alex finished that season with nine goals and was named PFA League One Team of the Year.

Chamberlin as a football fan supported Arsenal and was a big fan of that club. His dream of playing for the club came true on August 8th, 2011 Alex signed with Arsenal and made his debut on 28th August against Manchester United but were defeated. He scored his debut goal for the club on 20th September against Shrewsbury Town.

After representing his dream team for so many years Alex bid farewell to the club in August and signed with Liverpool on a five-year contract on 31st August 2017. He made his debut with the club on 20th September 2017 against Machester City.

Alex Chamberlin is a relationship the Perrie Edwards, member of the British girl group Little Mix. The couple was spotted hanging around London many times, and speculation started from there. On February 2017 it was announced that they were in fact dating. Perrie Edwards who previously dated Zayn Malik even confirmed the news in an interview.

Alex Oxlade-Chamberlin is considered one of the best players today. He was even named the highest paid footballer in the world with an estimated 58 million dollars earning. His estimated net worth is around $185 million.