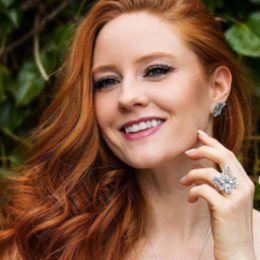 Barbara Meier is a German fashion model and actress best known for being Germany's Next Topmodel second season winner. The 35-year-old has worked for many reputed agencies including Major Model Management and IMG Models.

Barbara Meier is happily married to an Australian investor and entrepreneur, Klemens Hallman. The lavish wedding ceremony was held in Venice on June 1, 2019. At that time, Barbara was 32 and Klemens was already 43. Believe it or not, Barbara's magical wedding dress stole the attention of many.

Before tying the knot, the lovebirds announced the venue and made the relationship Instagram official a few months before. Hollywood's big names like Arnold Schwarzenegger, Jimi Blue, Sylvie Meis and Heiner Lauterbach attended the wedding to bless the bride and groom. Meier shares a beautiful daughter with husband Klemen. 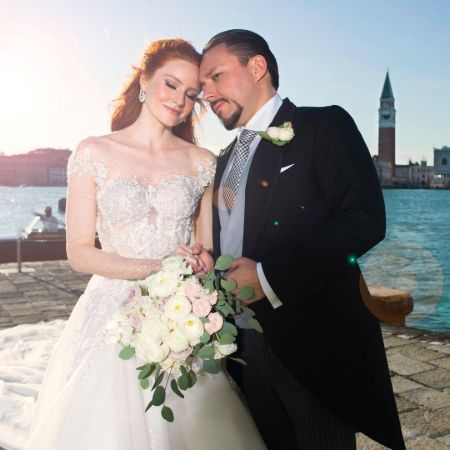 Recently, the 35-year-old model shared a couple of pictures of her wedding on her Instagram on the occasion of her and her spouse's second anniversary.

What is Barbara Meier Net worth

Barbara Meier, who had an apartment in Munich, possesses an estimated net worth of $5 million. She was approached to join Germany's Next Topmodel by a model scout in a shopping center in Regensburg. In the course of the show, Meier faced a series of challenges with defeating her contestants.

Before the end of GNTM, she played the leading role opposite Heidi Klum in national television commercials for Mcdonald's. She did not have modeling experience before participating in German's Next Top Model. However, she defeated the 16,421 competitors becoming the winner of the season in May 2007.

Meier's winning prize included the IMG models' contract in Paris. In the same year, she appeared on the cover of Cosmopolitan's Germa edition. Barbara additionally became the face of the advertising campaign's next face of the company C&A.

When it comes to acting, Barbara starred in films and series like SChreie der Vergessenen, Wiegenlied, The Apern Papers, etc. She had a lead role in the ZDF crime series and short films opposite Christiane Horbiger.

Klemens Hallman and Barbara Meier are happily married for more than two years. They do not have any children.