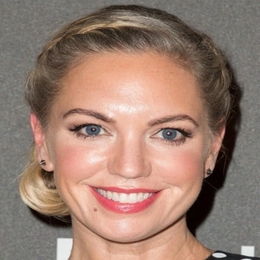 Barret Swatek is an American actress, comedian and performer recognized for her performances in Lethal Weapon 4, The 40-Year-Old Virgin, Awkward and High School. The actress impressed the audience with her outstanding comic timing in the comedy series Barry Munday and Quarterlife. Swatek is even one-quarter Cherokee Indian and she recently appeared in the character of Victoria Jenkins in the movie Yellowstone.

One of the most admired actresses in Hollywood, Barret was born to father Bill Swatek and mother Lana Swatek who had encouraged her daughter to build up a career in films and acting.  DespitSwatek's parents, from a non-filmy background, achieved enormous achievements in acting.

The gorgeous lady had two siblings (brothers) named  Chace William Swatek and Dax Swatek but unfortunately, the actress lost her brother Chace in February 2012 due to some of his medical illnesses. Barret expressed her sadness towards her brother's tragic death, remembering the beautiful moments she shared with her little brother, with whom she was close.

Regarding Barret Swatek's early life, the celebrity was born on 3rd March 1977 in Birmingham, Alabama, the USA, with her parents and two little brothers in the hometown.

Little Barret was interested in skating, so from a tender age and at just five, she rigorously trained and could perform figure skating until age twelve. The star was proficient in skating that she was even trying for the Olympics, but destiny had already decided her fate in the film industry. 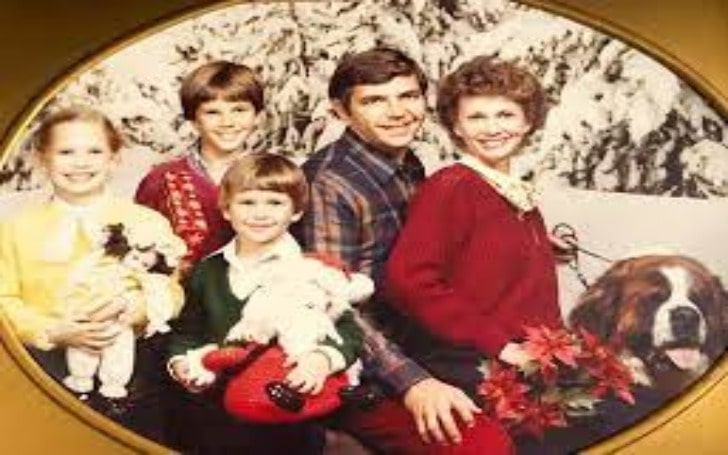 Barret Swatek with her parents and brothers SOURCE: Fashion Chandigarh

After being a successful skater, Barret had more interest in singing and acting; consequently, the celeb joined community theatre and graduated from Loyola Marymount University in films and cinemas. She was fascinated with recreating characters and role plays in the movies and series and even she got her first break in the Tv show Power Rangers: Turbo. After that, Swatek started to gain popularity and continued her journey as an actress till the present, with huge popularity and love from her audience.

What is Swatek Famous For?

Undoubtedly, Barret is a well-known media sensation and the most admired actress in Hollywood who has mesmerized the audience with her performances on TV shows and movies. The multitalented lady attained immense recognization starring as Sage in the US popular series American Housewife and Victoria Jenkins in the famed series Yellowstone.

Besides, from the early stage of her acting career, she had appeared in many series from minor to crucial roles. Most of the time the lady had done comedy series and dramas where she is appreciated for her comedy roles and natural acting. 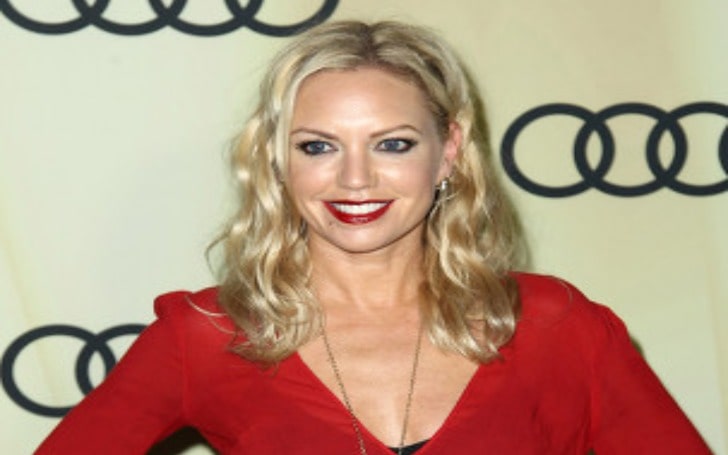 The celebrity has been featured in the TV show Just Shoot Me!, American Dad!, 2 Broke Girls, 7th Heaven web series for three seasons, portrayed the character of Allysaxton for five seasons on MTV comedy series Awkward and Britany on NBC comedy series Quarterlife, Amazing Stories, Mrs. Wilkes, On Edge and Three Sisters. It is quite impressive that Barret played versatile characters throughout her career and established her leading name in Hollywood.

What is Barret Swatek's Marital Status?

Everyone is curious about Barret Swatek's love life and dating history as she is one of the most beautiful ladies in the industry. 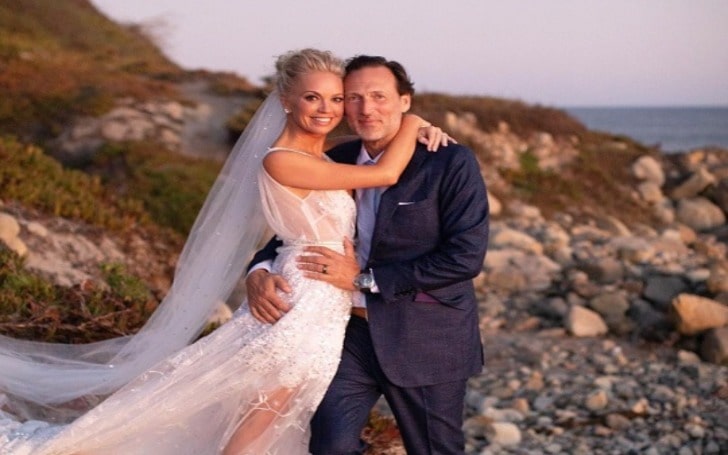 Barret Swatek and her husband on their wedding photoshoot SOURCE: Fashion Chandigarh

Talking about Swatek's marital status, she had officially confirmed her marriage with her long-term boyfriend, Adam Weiss, an ordinary American personality from a non-filmy background.

The actress had a memorable wedding with her husband Adam in a grand venue with their family and friends making their marriage day a precious one. They tied the knots with Christian rituals and exchanged vows wholeheartedly to spend the rest of life with great love and support on 5th October 2019.

Swatek has happily become the mother of two stepdaughters with whom she lives peacefully in Los Angeles County, California. The celeb shared beautiful and loving photos from her wedding days which surely captured everyone's attention on social media.

What is Barret Swatek's Net Worth?

Barret Swatek is a wealthy celebrity and owns millions of dollars. As of 2022, her net worth is estimated to be around $5 million.

The 7th Heaven actress and her spouse own a big villa at Malibu beach in the Santa Monica Mountains region of LA county. The pair bought the residence in 2018 from actress Cindy Crawford and her husband, Rande Gerber, for $45 million.

The villa's value has doubled after just four years and is priced at $99.5 million by the couple as of March 2022. The house has four bedrooms, five full bathrooms large outdoor area with a swimming pool and tennis court. The house is also the sixth most expensive home in Los Angeles and is the second most costly on Malibu beach. 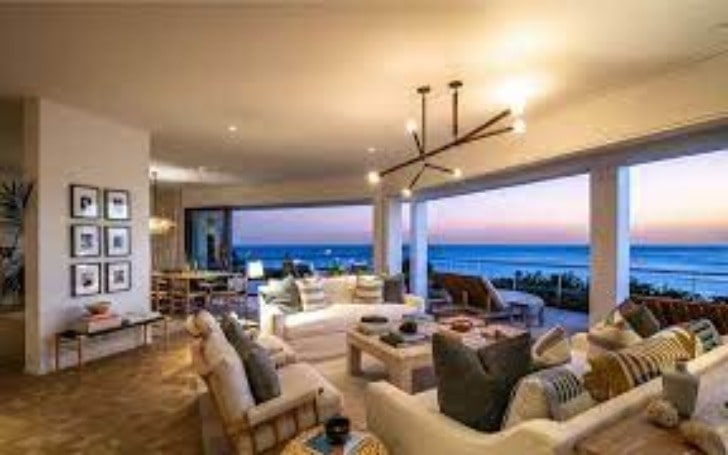 Swatek is a high-paid actress in America, earning her income through series, films, photoshoots and public interactions. Undoubtedly, Swatek is living a lavish lifestyle with fame and finance.