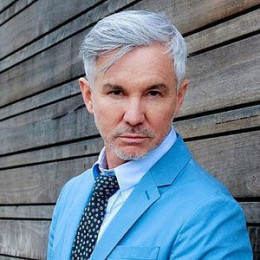 Baz Luhrmann is a famous Director whose best-known films include Romeo + Juliet, Australia, Moulin Rouge!, and The Great Gatsby. Moulin Rouge! earned him a Golden Globe nomination for Best Director in 2002. After theatrical successes, including the original stage version of Strictly Ballroom, Luhrmann moved into film and has directed five blockbusters so far. The modern film interpretation Romeo + Juliet, starring Leonardo DiCaprio and Claire Danes, defeated Titanic at the BAFTAs for best direction, music, and screenplay.

He is married to his National Institute of Dramatic Art classmate. The couple has worked together in some of the great projects. She is known for her Oscar-winning work on the films Moulin Rouge! (2002) and The Great Gatsby (2014) directed by Baz Luhrmann. So to say husband and wife have almost all things in common and are made for each other. They have together shared two children and are happily living a family life.

Luhrmann was born on September 17, 1962, in the suburb of Sydney. His mother, Barbara Carmel was a ballroom dance teacher and dress shop owner, and his father, Leonard Luhrmann, ran a petrol station and a movie theatre.

Luhrmann received the nickname "Baz" from his father Leonard. However, after his parents’ divorce, Luhrmann moved back to Sydney with his mother and siblings. He officially changed his given name from Mark to Baz sometime around 1979.

In 1983, he began an acting course at the National Institute of Dramatic Art. He graduated in 1985 alongside Sonia Todd, Catherine McClements, and Justin Monjo.

Luhrmann is the most commercially successful Australian director, with four of his films in the top ten highest worldwide grossing Australian films of all time.

On the screen he is best known for his Red Curtain Trilogy, comprising his romantic comedy film Strictly Ballroom (1992), the romantic tragedy William Shakespeare's Romeo + Juliet (1996), and Moulin Rouge! (2001). 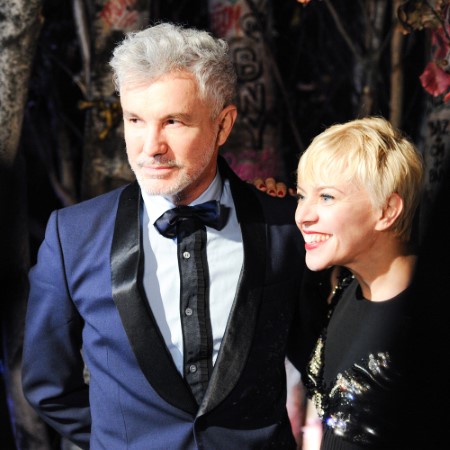 The couple met in the 1980s when Martin was a design student at Sydney's National Institute of Dramatic Arts (NIDA) while Luhrmann, already a graduate, was scouting for creatives for his theatre and opera projects.

Luhrmann claimed to distinctly remember the first time he saw her in a 'fantastic' green linen suit. He said:

"There was a tiny piece of cotton thread hanging off the shoulder and I remember thinking, I wonder if she made that suit because if she did then she really knows something about tailoring, too."

The meeting was pre-arranged after he checked out Catherine's extraordinary design work. The meeting lasted four hours and the romantic connection was clearly visible from the very beginning.

Over the course of a 30-minute conversation during an interview, Luhrmann described Martin as "the coolest chick in the world", the "love of my life", a creative "genius", "whippet smart", "hilarious" and "beautiful" on the inside and out

Meanwhile, Marin talking about their relationship claimed to be a superstitious person afraid of jinxing their great bond. However, she said:

The couple mostly live between Sydney and New York, where they are currently based for multiple projects.

Luhrmann claims his wife is an "overachiever" when it comes to motherhood. He said:

"She is always present with her children, they travel with us everywhere. The one thing we have in our little family is love. Those children are loved and they feel it."

Martin's life is no less challenging as a working mother with a hectic schedule. Although she knows she is a good mother, she sometimes feels inadequate as her children turn into harsh critics of her professional life. Catherine explains she believes those negative feelings are a necessary part of striking the right balance.

The longtime boyfriend and girlfriend tied the knot in the year 1997. The couple share two children together.