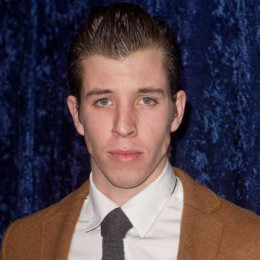 Beau Christian Knapp is an actor, who is known for his portrayal as Jonah Breck in The Signal, Kenan Boyle in Run All Night and Jon Jon in Southpaw. He entered the Hollywood film industry playing Breen in J.J. Abrams’ science-fiction adventure film Super 8, in 2011. Currently, he is busy filming a war drama Sand Castle. He is best known as the son of a film producer, Harry Knapp.

There is not much information available about his personal life, as he is very reluctant to revealing his personal life information to the public. As he is so dashing and popular, he definitely should have dated a long list of ladies. Till now he hasn't married anyone and also does not have any child. Talking about his sexuality, he is not a gay. We can stay connected to him via Twitter @beauknapp.