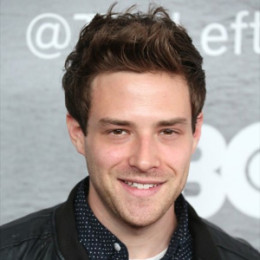 Ben Rappaport,31, is an American actor best known for his role as Todd Dempsy in the NBC sitcom, Outsourced. The series marked his debut acting role on the screen. Furthermore, he featured as a television actor on The Good Wife and Elementary.

Rappaport was born on March 23, 1986, in Arlington, Texas. From his early days, he loved arts, painting and was interested in playing guitar.

He was bought up in the Jewish religion. He attended Klein High School near Houston and joined Juilliard School in New York City. From the age of fifteen, he had interest in acting and was involved in it. Moreover, he was the recipient of the Michel and Suria Saint-Denis Prize as a Juilliard student and earned a Drama Department’s highest honor.

Rappaport featured in a Kay Jeweler’s holiday commercial. His performance in the ad was well known as the ad featured sign language and a deaf character.

In 2010, he was cast in the lead role as Todd Dempsy in the NBC sitcom named Outsourced. The role marked his first on-screen acting job. Previously he has performed in the theater and stage productions. In 2012 he made movie debut with Hope Springs. Currently, he appeared in the series entitled Mr.Robot and Younger.

Ben Rappaport while at the sandwich store with his mother and sister, he saw Megan Kane. It was the start of his love life. They dated for nearly ten years before getting engaged in January 2016. They even celebrated their ten years relationship as boyfriend-girlfriend on August 2nd of this year.

They officially became husband-wife on September 29, 2017.

The proficient actor in Hollywood film industry, Rappaport is living a lavish life with his wife, Megan. His net worth is reported to be around $2 million.

Ben Rappaport married his high school girlfriend, Megan Kane in 2017. Megan is known for her roles at Creep, Max and Midnight and All 2Gether Now.