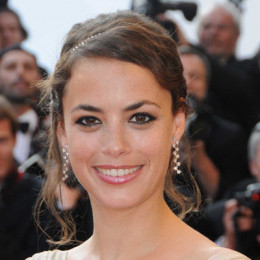 Berenice Bejo is a French actress. She had done films like A Knight’s Tale, The Artist etc. The Artist film has received a nomination for 2011 Academy Award for Best Supporting Actress for her work and also won Cesar Award for Best Actress. She is the daughter of Miguel Bejo and Silvia Bejo. Her father is a director and her mother is a lawyer. When Bejo was three years old her family moved to France escaping from the Argentine Dirty War.

Other than her affair with his husband no other rumors have been known. She is happily married and living her successful married life.

Berenice Bejo was born on 7 July 1976 in Buenos Aires, Argentina.

She received Academy Award nomination for Best Supporting Actress and won the Cesar Award for Best Actress for her role as Peppy Miller in The Artist in 2011.

She had a relation with a director, film writer and producer Michel Hazanavicius. Later on the couple got married and sharing happy life together.

Her first child was born on 2008 and his name is Lucien. She was 31 yeas old when she gave birth to her first child.