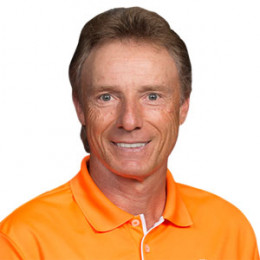 A two-time Masters champion Bernhard Langer is a talented golf player who became the part of a contingent of European golfers. He was one of the best Champions Tour golfers ever.

Bernhard Langer was born on 27 August 1957 in Bavaria, West Germany. He is a professional golfer and started his career in 1972. He won several events in Europe and the United States such as The Masters in 1985 and 1993. He became the inaugural World Number 1 in 1986, the same time when the Official World Golf Rankings were introduced. He ranked second in career wins on the European Tour (42). He was a regular player on U.S. based PGA Tour.

Langer is one of the five players among Gary Player, David Graham, Hale Irwin and Justin Rose to have won the official tournaments on all the six continents where golf is played. He played on 10 Ryder Cup teams from 1981 to 2002. He also became the captain of the European team in 2004. For his incredible performance, he was awarded an honorary Officer of the Most Excellent Order of the British Empire in 2006.

Bernhard received multiple honors such as Order of Merit of the Federal Republic of Germany and the Silver Laurel Leaf in his native land. He was the first player after Arnold Palmer to win the Constellation Senior Players Championship in 2015.

In 2016 he was inducted into Germany’s sports Hall of Fame. The same year he conquered the Regions Tradition title for his sixth major championship defeating Olin Browne. Becoming the first three-time winner of the Constellation Senior Players Championship with the win for the third straight year was his major achievement throughout his career.

The talented player Langer married his American wife Vikki Carol in 1984. The duo is blessed with four children, Jackie, Stefan, Christina, and Jason. Bernhard is a family man and despite having a busy schedule he gives an adequate time to his family. He even left the tournament so as to support his wife during her first pregnancy. The family resides in Boca Raton, Florida. They are living a blissful and contented life along with their children.

Bernhard is an accomplished player. He earns a lucrative amount from his career. His holds the staggering net worth of $25 million.

Vikki Carol is the beautiful wife of Bernhard Langer. The couple met in the early 1980s whereas tied the knot in 1984.

Jackie is the first child of Bernhard Langer from his wife Viki Carol. She is the oldest daughter of the couple.

Stefan is the second child of Bernhard Langer and his wife Vikki Carol. He is the older son of the couple.

Christina is the third child of Bernhard Langer from his wife Viki Carol. She is the younger daughter of the couple.

Jackie is the fourth child of Bernhard Langer from his wife Viki Carol. He is the younger son of the couple.