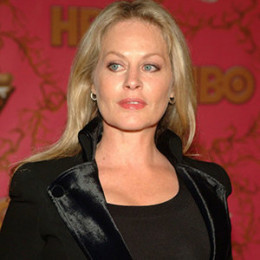 Mainly known as an actress and singer, Beverly D'Angelo is a Columbus born artist. She is the daughter of Priscilla Ruth who was a violinist and father Eugene Constantino "Gene" D'Angelo, who was a bass player and television station manager. Initially she had interest on art, thus she worked as an animator/cartoonist at Hanna-Barbera Productions. She then moved to Canada trying to pursue her rock singing career. She formally began acting in the theatre, appearing on Broadway in 1976 in Rockabye Hamlet which was an adaptation of Shakespeare's Hamlet. She started working in television starting with TV series Captains and the Kings. Then she moved towards movies. She got a minor role in the movie Annie Hall in 1977 which led her to be featured in other hit movies after that.

She is often known for her numerous relationships. She was once married to Don Lorenzo Salviat, but then they had a divorce. Later she had several other affairs. She got into relationship with actor Al Pacino for six years. They also had two children. She has been outstanding in every kind of role she has played, from prostitutes, party girls and barflies to rich, prim widows and depressed, alcoholic moms.

Lorenzo Salviati is an actor, known for National Lampoon's Vacation. He met D'Angelo on sets of work. They married in 1981 but got divorced after fourteen years when their marriage didn't work out.