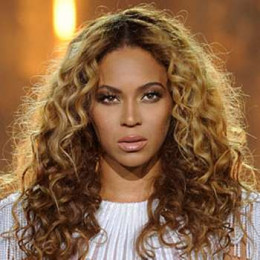 Beyoncé Giselle Knowles-Carter is a 20 times Grammy Award winning singer, songwriter and actress. She is best known for her songs like Single Ladies, Drunk in Love and Crazy in Love. Actually, she came to prominence in the late 1990s as lead singer of R&B girl-group Destiny's Child, which was managed by her father. She is the daughter of Celestine Ann Knowles, a hairdresser/salon owner and Mathew Knowles, a Xerox sales manager.

The gorgeous Beyonce is a happily married woman. She has been enjoying her marital relationship with her beloved husband since 2008. They have welcomed a daughter from their relationship. There is no point on talking about their divorce as they have a prefect bonding with one another. Before marrying her husband she had dated few men in her past days and was rumored to have hooked up with Marques Houston, Justin Timberlake and Yasiin Bey.

Shawn Corey Carter aka 'Jay Z’ is a rapper, record producer and entrepreneur. The two are together since June 2002.

Blue Ivy Carter is the only child born to Beyonce and her husband. She was born in January 7, 2012.