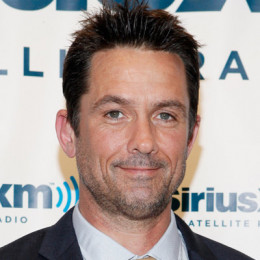 William Oliver Billy Campbell is an American television as well film actor. He is best known for his role on Crime Story, The 4400, Tales of the City Miniseries and Once again. He had attended Fork Union Military Academy and also went to Western Albemarle High School. His father and mother got divorced when he was just two years old. He had been chosen by People magazine as one of the top 50 most beautiful person in the world.

He is currently living a happy married life with his Norwegian wife. He has a child with his wife and the couple splits time between Copenhagen and her family's farm in the south of Norway.

Previously, he dated American actress Virginia Madsen and stayed in a relationship for seven years since 1981. He also dated actress Jennifer Connelly.

He has been active from 1981. He had worked as detective in the series named Crime Story. He had been chosen as one of the 50 most beautiful people in the world by People magazine.

He had won People’s Choice Awards in the category of Favorite Male Performance in a New TV Series. He has also been regarded as sexy for his seductive eyes. His net worth is $2.5 million.